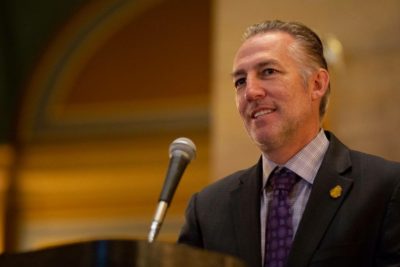 In a news release dated October 30, Dario Anselmo declared his candidacy for the Hennepin County District 6 Commissioner seat. District 6 includes Edina, Hopkins a portion of Eden Prairie, and much of the Lake Minnetonka area. Anselmo served in the Minnesota legislature from House District 49A from 2016 to 2018.

“Like his unique brand of politics, Dario Anselmo doesn’t fit a typical mold,” states his campaign website.. “Tech startup founder, pilot for Tom Petty’s band, music club owner, and community leader are just a few of the experiences that have prepared Dario for this office.”

Dario Anselmo’s approach to politics is to put his “purple” message into action. His stated intent is to “bring red and blue together to focus on solutions for the people, not partisan politics.”

Read more about Dario Anselmo and his thoughts on his campaign website and on his Facebook page .