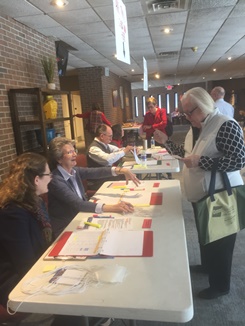 Senate District 49 is going forward with its 2020 convention. However, in recognition of the need to maintain appropriate social distancing and to shelter-in-place, the delegates and alternates who were elected during the February precinct caucuses will be able to participate without leaving their homes.

The business of the convention will be conducted in phases using emails, mail delivery, and teleconferencing.

The first phase has been completed.  The Delegate Nominating Committee made up of the members of the SD49 GOP Executive Committee and the chairs and co-chairs of the 34 precincts in the district met on March 10.  This committee created slates of delegates and first alternates to the higher level Republican conventions that will be held in 2020-2021.

Between March 25 and March 31, a quorum (72%) of the delegates and alternates to the SD49 Republican convention, elected at the precinct caucuses held on February 25, voted to approve the slates and nominated additional first alternates to approved in the second phase of the convention.  The resulting slates can be found by CLICKING HERE.

The higher level Republican conventions planned for 2020 are:

- The Congressional District 5 convention, to be conducted by teleconference on April 29, starting at 7 pm

- The Congressional District 3 convention, to be conducted by teleconference on April 30, starting at 7 pm 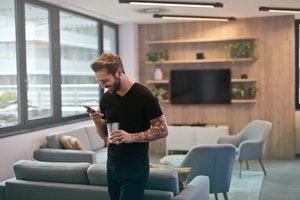 The Minnesota Republican Party will host the second phase. The state party will send out a new convention call to the SD49 convention delegates and alternates by email and/or mail. This call should be received no later than April 8. It will contain information on how and by when to register for a teleconference. A small charge will likely be required to help defray the costs of the teleconference and to help confirm the identity of each registrant.

The teleconference itself is currently planned to convene on April 18 at 3 pm.

The convention will be conducted primarily by telephone, so delegates and alternates will need to use a digital phone or cellphone with a keypad for entering unique ID codes and votes. Participants will be muted, so those that wish to speak will need to be recognized as directed by the teleconference instructions.

Our co-chairs will convene the convention, and Louis Tiggas has agreed to serve as chair. The intent is to follow as much as feasible the normal convention agenda. There will be reports by the chairs of the Rules and Bylaws Committee, Candidate Search Committee, Delegate Nominating Committee, and Resolutions Committee.

A Credentials Report will be provided by the state party advisor running the teleconference based on who has registered and signed into the call. Alternates will only be able to vote if “seated” under the credentials process.

The delegates and alternates for the higher-level conventions that come out of the Phase 1 email vote will be put forward for confirmation. Recommendations on the platform resolutions coming out of the precinct caucuses will also be up for a vote.

By April 18, it is hoped that the status of the Congressional District conventions will be announced. For more information, check the 2020 Conventions tab on the SD49GOP website.