Covering the Unreported News in Minnesota

The Star Tribune newspaper and television stations like KARE, KSTP, and WCCO dominate the local media market.  Their news coverage is widely considered to support more progressive political positions.  The opinions that they air and their choice of headlines and leading stories appear consistently one-sided.  Conservatives complain that there hasn’t been a credible countervailing source of news and perspective to provide more balance. 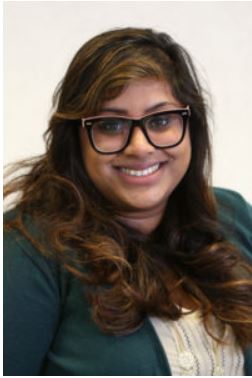 Alpha News is working to be that credible news source.  Launched two years ago, it uses advanced social media and online technology platforms to deliver important news programming to audiences everywhere in Minnesota.

Preya Samsundar is a writer, researcher, and senior editor with Alpha News.  Raised in Minneapolis, she graduated from the University of Minnesota - Twin Cities with a B.A. in Political Science and Sociology, with a minor in Strategic Communications.  Preya reports on issues relating to local, state and federal government, as well as the people and personalities involved.

With the support of Alpha News, Samsundar goes beyond the headlines and pursues issues of local interest that consistently go unreported.  She personally covered the March4Trump rally that was disrupted by violent protesters.  She dug into the murky marriage history of Ilhan Omar, the newly elected representative in District 60B, despite being called “racist” by Omar’s supporters.

Preya Samsundar will be the featured speaker at our Senate District 49 dinner program this month.  Learn what it has been like to publish news and opinion that is not in line with the progressive views of the local main stream media.