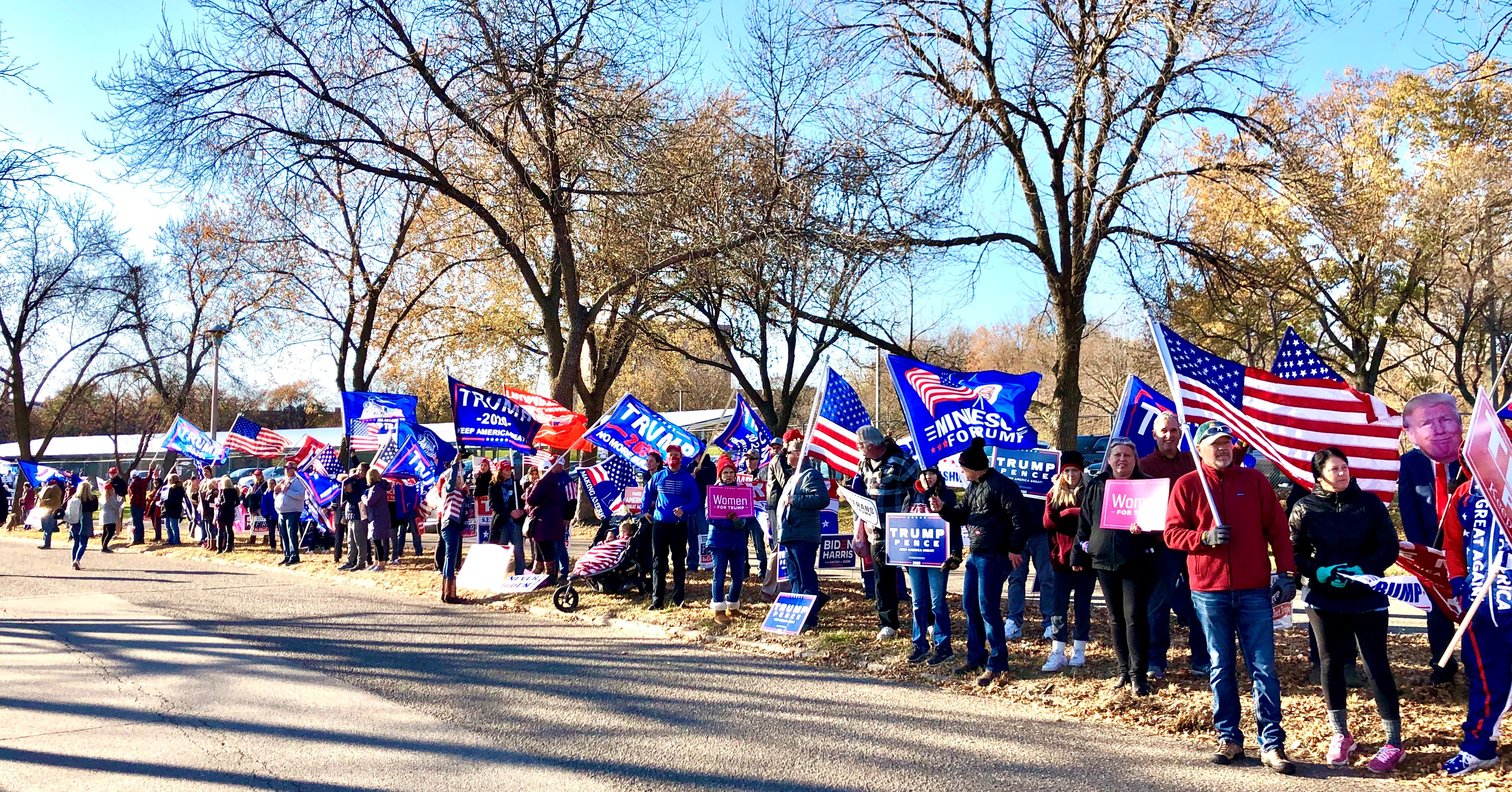 The “Basket of Deplorables” was the memorable label given to President Donald Trump’s vocal supporters by Hillary Clinton in 2016.  Rather than being shamed, many Republicans have taken the term on as a badge of honor.  As of a week ago, there's an addition.

On October 30, former Vice President Joe Biden came to Minnesota to hold one of his campaign’s trademark Drive-in Rallies on the State Fairgrounds.  He was greeted by nearly 150 Trump supporters on the way into the fairground parking lot where the rally was held.  The Trump supporters continued to make their presence known by waving flags and honking their own horns during Biden’s speech.

Upset by the horns, whistles, and other noisemakers that can be clearly heard during his remarks, Biden at one point referred to the partisans as “Trump Chumps”.

Participants in the counter-rally were blocked from entering the parking lot where the Democratic candidate held his rally.  Biden supporters were told to remain in their cars and to wear face masks.  It appeared from videos and photographs of the event that the Trump supporters outnumbered the Biden supporters.  The “Trump Chumps” called their own experience energizing and exciting.

Anthony Gockowski and Rebecca Brannon covered the event for AlphaNews.  Their report and videos give a real sense of what it was like to be there.