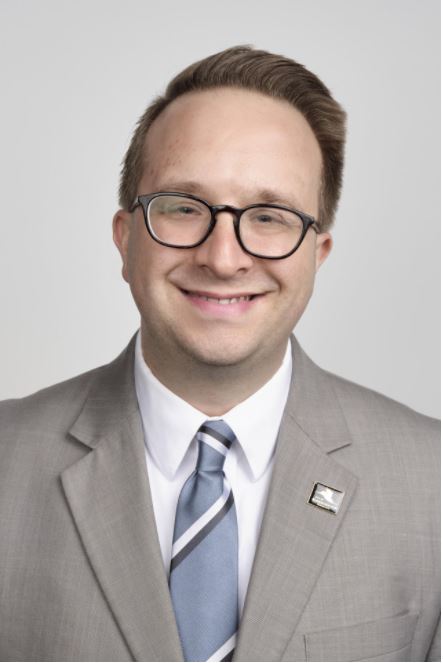 During their April 5 remote meeting, the Bloomington City Council was scheduled to discuss a new requirement that self-storage facilities allow for a 500-ft setback from residential properties. However, at one point, the discussion turned to a total ban any further such facilities.

Interestingly, none of the discussion recorded by the Sun Current included any mention of the occupancy rate of Bloomington’s existing self-storage units.

Councilmember Jenna Carter reported that she had “heard from plenty of people – they do not want to see another self-storage unit or facility go up in Bloomington.”

Councilmember Nathan Coulter (pictured here) was not ready to implement a ban. Coulter, who is running for re-election, said, “I’m all for addressing community concerns. I’m all for doing what we really say we want to do. But I think we need to do it in a thoughtful way, and pushing something like this and saying we’ll just figure it out as we go. I’m just really, really not comfortable with that.”

One immediately wants to ask where Coulter was when the Council voted to put Ranked Choice Voting on the ballot without having any idea what the ordinance would require. Amid the pandemic emergency, the Council rushed to approve a ballot question, despite the lack of approval of the Bloomington Charter Commission.

Ironic that Coulter demonstrated more caution regarding an ordinance affecting self-storage facilities than he did approving a ballot question that will affect the future of our municipal elections.

Arguments in favor of an immediate moratorium on the construction of more self-storage units came down primarily to the feeling that Bloomington was storing more than its fair share of other people’s stuff.

Councilmember Jack Baloga believes that “if we didn’t build any more units that we’d probably have enough to meet demand in our community for the next 50 or so years.” Shawn James, Bloomington city planner, agrees. “Bloomington has more self-storage facilities than its neighboring communities.” This is the result, apparently, of zoning ordinances that limit or do not support self-storage.

City staff would prefer to restrict where these storage facilities can be located, if they are not banned. They do not want them near transportation hubs or in areas planned for redevelopment. These facilities do not employee many people, and they do not generate a significant amount of taxable revenue.

At the same time, affordable housing designs are not known for offering much in the way of storage. As such developments increase in Bloomington in the near future, estimates of external storage requirements may grow.

Ultimately, the council voted unanimously to table a decision on the ordinance until the council meeting scheduled for May 3.