The Bloomington City Council will hold a public meeting Monday evening, November 18, at 7 PM to hear public comments on proposed rate increases for trash and recycling. The hikes will amount to as much as 14% on the bi-monthly trash bill and 10% on the monthly “curbside clean-up” fee.

These proposed 2020 increases are coming at the same time as increases in the water and waste water rates and property tax rates. All of which are running much higher than the rate of inflation and just after municipal elections. 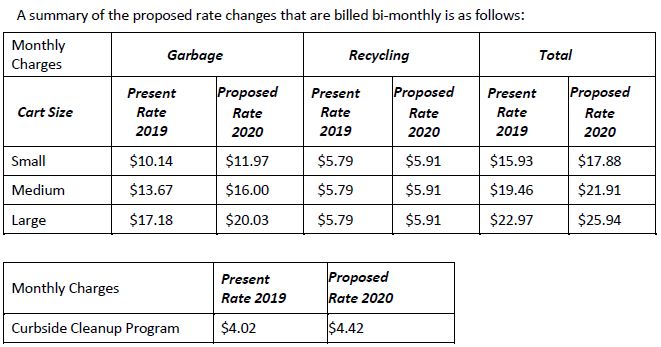 If these increases strike you as a bit steep, you no longer have your vote as leverage. Now, your recourse is to show up at City Hall Monday night at 7 PM and let your voice be heard. The city council meeting agenda lists the public comment period as following the Consent Business. Whether you can attend or not, you might want to have a conversation with your Council representative, prior to the meeting. Here is the link to their contact information .

Regarding the status of the court cases being argued on behalf of the citizens’ group called “Hands Off Our Cans”: the last oral arguments in front of the Minnesota Supreme Court occurred in June. While the Supreme Court is under no firm requirement to hand down a decision within a set time period, one typically is released within five months. For that reason, a decision is expected to be released shortly.