Anita Smithson, a Bloomington human rights commissioner, recently demonstrated that she has neither the disposition nor the lack of bias herself to serve the people of Bloomington in that position.

In postings to her personal Twitter account that have been obtained by the Bloomington Patriots organization and reported in AlphaNews and the Minnesota Sun, Smithson is quoted as saying that a Back the Blue Rally held in Bloomington on July 25 was “fascist radicalization.”  “These people stuck in a cycle of fear and division don’t define us and don’t speak for us.”

Rebecca Brannon reported that the rally was held in appreciation of Minnesota Law Enforcement.  Her photographs of the rally, one of which is shown above, depict a peaceful rally with a veteran-owned food truck and live DJ music.

All proceeds from the event went to the family of officer Matt Ryan, who is currently battling Leukemia for a second time.

As described in a Facebook post from the Bloomington Patriots, Anita Smithson dismissed the intent of the event.  “The organizers try to say it’s a family friendly event.  They even raise money for a good cause.  But that’s all from the hate group’s planning guide.  It’s still fascist radicalization and a refusal to do the work towards a more just community.” 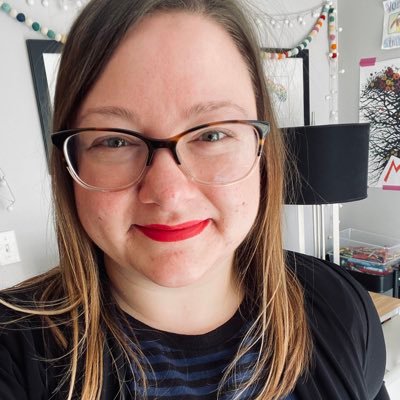 The Bloomington Patriots post also records that Anita Smithson (shown here) has called out candidates for Bloomington city council and school board who attended the event.  “They are showing us their values.  (Not aligning with mine!)”  Apparently, exercising their human rights of free speech and assembly to peacefully demonstrate their support of the Bloomington police is not a value that Ms Smithson shares.

The purpose of the Bloomington Human Rights Commission is to aid and advise the City Council in ensuring for all citizens of the city equal opportunity in those areas protected by law and in such other affairs as may affect the social standards of the city.

The opinions of Anita Smithson are way out-of-bounds for someone who is appointed by the city council to ensure all Bloomington citizens can peacefully exercise their human rights.  Unjustly questioning motives and political views clearly disqualifies her as a reasoned judge of the social standards of the city.

If Mayor Busse can apologize on behalf of the city for flying the Thin Blue Line flag at city hall during National Police Week, he certainly should apologize for the expressed opinions of one of Bloomington’s commissioners about peaceful supporters of a Back the Police rally.

If you agree that Smithson should be called on to resign, consider taking the following actions:

Three Bloomington City Council seats are being contested in this year’s elections, including those currently held by Nathan Coulter and Patrick Martin.  Ask the candidates if they support Anita Smithson’s opinions.  Ask them why they have or would call for the resignation of Anita Smithson.