Bloomington Mayor Gene Winstead presented a “State of the City” summary to a mostly-over-60 audience at the Bloomington Community Center on March 28.  As noted in a Sun Current article, the mayor feels that Bloomington has an “image” or “public perception” problem rather than significant specific issues that need to be corrected. (Based on an 2016 survey completed by about 1,000 Bloomington households, summarized on city’s website here) 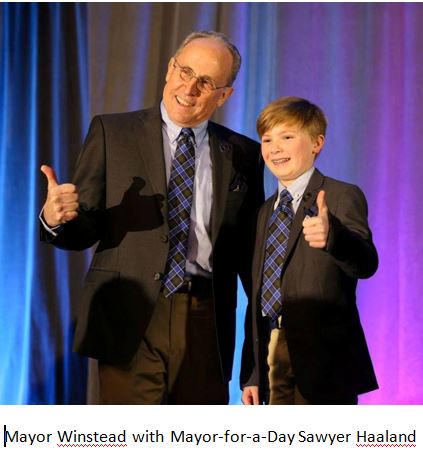 Importantly, the city plans a property tax levy increase of $50 million, principally for storm water system improvements and new trails.  We note that the big-picture city financial report ignores the $4.1 million in Franchise Fees first collected in 2016.  The fee imposition was justified to cover maintenance of roads & trails pavement. A request for Franchise Fee detail at the meeting was acknowledged by the city manager a week later, but information was not provided in time for inclusion in this article.

The Cedar Avenue historic bridge reconstruction project was very costly -- $13 million.  $1 - $2 million was covered by property taxes.  The rest came from Mall of America taxes paid into the state’s Fiscal Disparities funding pool, disbursed back to Bloomington for the project.  The bridge was opened for pedestrian and bicycle use in 2016, but will be closed for the remainder of 2017 for road reconstruction and trailhead parking lot rebuilding.

Two major paved bike trails (one a state trail) will be constructed.  A Minnesota Valley 2-track paved trail along the river has $2.1 million in state funding.

Some points that came out during the meeting:

Video for Mayor Winstead’s full presentation to the (paying) Bloomington Chamber of Commerce audience March 22 is not yet posted on the city website, but this is the link to a promotional “feel good” video that was shown at the start of the event.