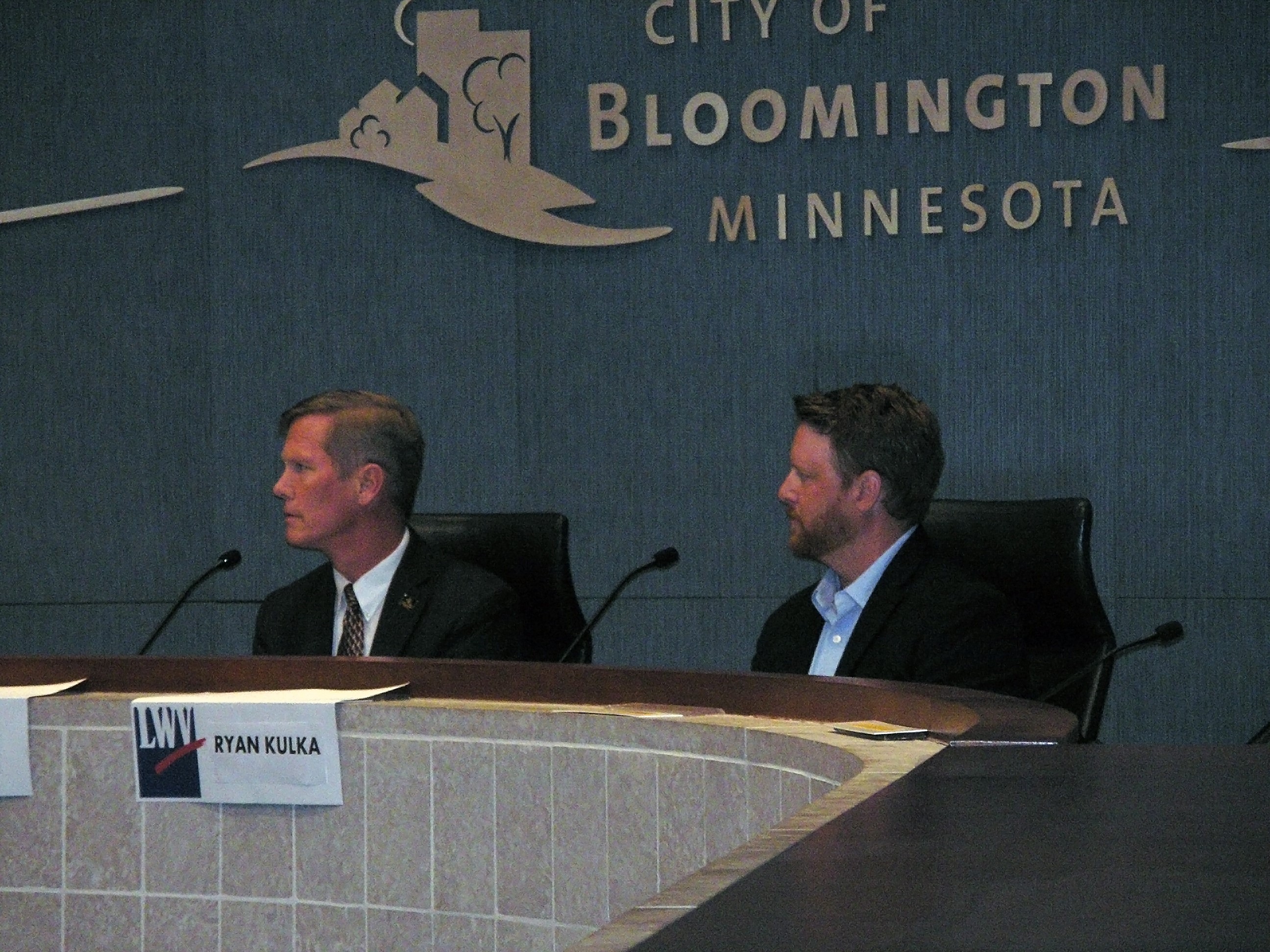 Tim Busse (pictured on left) has been on the Bloomington City Council as the At-Large Councilman for eight years. His first job out of college was working for the League of Minnesota Cities, and he is now on their board.

Ryan Kulka is recommended by SD49 Republicans due to his push for more transparency in city government, for improving the business climate in the city, and for addressing priority infrastructure needs over non-essential but “nice to have” projects

Kulka said that he is responding to a need for change in the city’s leadership. “A lot of people are angry with what is happening in the city.”

Busse feels that Bloomington needs a new community center that is “multi-generational and multi-dimensional.” Kulka supports replacing the existing community center, but is concerned with “where and how much.”

Busse argued that the work currently underway to pave the Minnesota River bottom trail should be finished. Kulka is against it because the city will be on the hook to maintain a paved trail that frequently floods. He supports maintaining existing green spaces.

Candidate videos are now available on the League of Women Voters website and on Bloomington Cable TV. You will be able to view a video of the Candidate Forum and see the candidates answer a wide range of questions on these sites in the near future. They should be available the first week in October.

If you want to volunteer to help Ryan Kulka’s campaign or display a yard sign, or make a donation, CLICK HERE and scroll down to the contact information listed for the Kulka campaign.