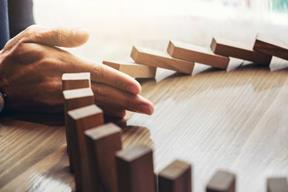 “If only we’d known how to get help for them” is the sad phrase Bloomington police hear from family and friends as they respond to about 10 deaths by suicide each year. The Bloomington Police Department is rolling out a program called Crisis Or Violent Extremist Reporting (C.O.V.E.R) to provide a quick resource.

One goal of the new anonymous tip-line (952-563-HOPE (4673)) is to give family, friends and neighbors a simple single phone number as a way to raise their concerns regarding a community member.

“If we can intervene early enough to prevent even one suicide, this program’s worth the effort”, said Deputy Police Chief Mike Hartley as he and Chief of Police Jeff Potts were interviewed by SD49 GOP Newsletter writers.

The tip-line is intended to be a simplified one-call local number for all situations. It may be used to ask for Police / social-worker expert help for any situation when it’s thought that a person may cause harm to themselves or others. The goal is not to arrest the individual who is suicidal or threatening, but rather to intervene early and prevent a “crisis” situation. The Police hope this will help both their officers and community members say “We did everything we could”.

Calling 952-563-HOPE may also be used to anonymously report concerns that someone may be planning / threatening an attack on others – from a family member or an ex-romantic partner to a school, a public event, or a shopping area. With Bloomington home to the Mall of America, visited by millions yearly, the Bloomington Police want to be proactive in deterring terrorist/mass-attack threats.

Anonymous tip lines can be abused. Chief Potts is well aware of “swatting”, the prank calls to police reporting a situation that falsely mobilizes a SWAT team simply to harass another community member.

How will the Bloomington Police Department respond to an anonymous tip? The staff who screen/analyze/respond to calls are the same who handle similar 911 calls

The Bloomington police department’s “911” number already receives about 200 suicide-attempt calls each year, and thousands of mental-health related “crisis” calls. They also get calls each month (both real and false/unfounded) regarding potential threats to others. They intend to take advantage of the screening, investigation and intervention processes and trained-experts in place to respond to the anonymous tips.

Is there a risk that a police file will be created on someone who is the false target of a malicious tip? Chief Potts stressed that this is highly unlikely.

Chief Potts and Deputy Chief Hartley stressed that the program builds on trusting relationships established by the department’s Community Engagement outreach efforts. They want to overcome the reluctance to call 911 when it’s a “maybe” situation or a sensitive call about a family member, or a school classmate. The police don’t ask/expect that community members diagnose/label the cause of the concerning behaviors or statements of others. The anonymous tip-line allows someone to give voice to their own concern about a situation, and know that a more-experienced team will evaluate and, if appropriate, follow-up.