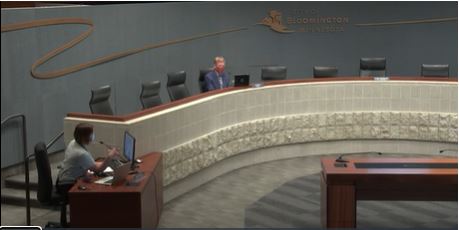 A recent op-ed in the Star Tribune highlights findings in a new Journal of the American Medical Association article that San Francisco's ban on flavored tobacco products "was associated with increased smoking among minor high school students relative to other school districts."

This is not surprising given a number of studies pointing to contradictory results with tobacco bans, e-cigarette bans, flavor bans and minimum age laws when it comes to alcohol and tobacco products.  For example, one study points to e-cigarette minimum age laws actually increasing youth smoking participation.

Recall that the Bloomington City Council recently voted to sunset all tobacco licenses in the city.  Sadly, this will have a devastating effect on small business owners (tobacco shops, convenience stores, gas stations, etc.) as these entrepreneurs will no longer be able to realize the full value of their business should they choose to sell at some point in the future.  In late April of this year, Bloomington's Public Health Administrator Nick Kelley said "the sunset would eliminate the presence of tobacco in the city and the risk of tobacco use among youth.“

With a variety of outstanding issues over the last year and a half, it is telling that the Bloomington City Council has chosen to focus on restricting the ability of adults to obtain legal products should they choose to do so.  The Minnesota Department of Health's 2020 Youth Tobacco Survey admits that "Minnesota teens are overwhelmingly rejecting cigarettes, cigars, and smokeless tobacco."  Prevalence of tobacco use among high school students in Minnesota is at a historical low (only 3.2% prevalence of cigarette use, and even lower for smokeless tobacco products).

In doing so, Bloomington has joined just two California cities with similar license sunsets, according to the Star Tribune.  Welcome to the progressive utopia!

Ironically, the Bloomington city government believes in "equity" in all things, including tobacco licenses.  On a tobacco ordinance page, in response to an FAQ of "Why not set a limit on the number of licenses?", the city notes that capping licenses "can create inequities and drive out small 'mom and pop' shops" - so the solution of eliminating licenses altogether has "a more equitable impact on businesses across the city". You can't make this up.

For the record, the City Council vote on the tobacco ordinance was 4-2.  The four who voted in favor were Mayor Tim Busse and Councilors Nathan Coulter, Jenna Carter, and Dwayne Lowman.  Councilors Shawn Nelson and Patrick Martin voted against. Councilor Jack Baloga was absent.

Nathan Coulter, Patrick Martin, and Jack Baloga are up for re-election this year.  The terms of the mayor and the other councilors run through 2023. 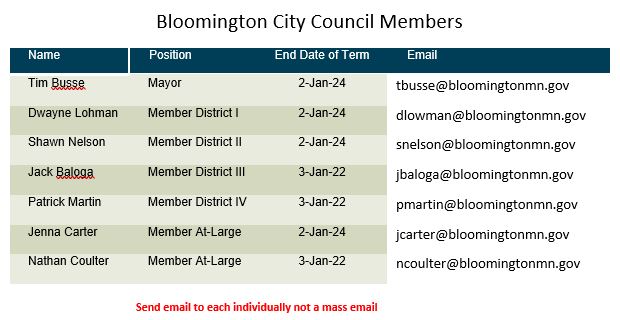