Mike Lehmann Would Bring Business Leadership to the State Senate 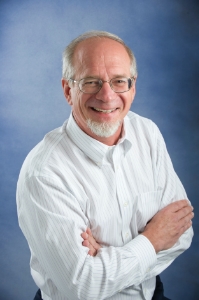 Mike Lehmann was born in Minneapolis, raised in Edina and has now lived in Bloomington for over 36 years.  He graduated from the University of Minnesota and has been married to his wife, Sue, for 46 years.  They have two grown sons and one grandson.

After graduation, Mike worked for an ordnance firm and a computer company before starting out on his own where he was involved with the founding of five (5) new companies.  For the past twenty-four years, Mike has been with Ferguson Enterprises, Inc -- a national wholesaler of plumbing, heating, industrial, water-works, fire & building products, and other interests.

During his time with Ferguson, Mike was involved with purchasing management, inventory control, branch management, and facility development. During the last 10 years, his work in facility development for Ferguson spanned almost 400 locations in the central U.S. (covered 20 Sates) -- including lease renewals, real estate searches, demographic research, financial projections and justification, operational efficiencies, and capital expenditures. He rose to become General Manager/President for the operations in the greater Twin Cities area. Mike retired in January 2016.

For the past 12+ years, Mike has been very active with the Twin West Chamber of Commerce ("Twin West"), which serves ten western suburbs of Minneapolis. Twin West is a strong advocate for business, and actively engages with all levels of government. Mike traces his strong interest in politics to his participation in an "Inside Politics" class offered by Twin West. While serving as Ferguson's Twin Cities President/General Manager, Mike wanted to ensure the company's interests in transportation, property tax, business tax, and other interests were reflected favorably at both local and state levels. Twin West was instrumental in these interests.

Mike served as the chair of the Twin West Government Affairs Committee for four years, during which time he was actively engaged with the monthly Legislative Breakfasts, speaking frequently with local elected officials (City and State) in the Twin West footprint, and connecting with the State Chamber of Commerce and other local chambers.

Mike has been on the Twin West Board of Directors for the past 7 years, serving as member, Chair Elect, Chair and Past Chair. These activities have taken him to Washington D.C., to Business Day at the (MN) capital, and to the annual State of the City presentations (cities within the Twin West footprint). He has supported the Twin West Foundation (scholarships), and the Twin West Political Action Committee. Mike has also been honored to be part of the "Grow Minnesota" program, "STEM" (Science, Technology, Engineering, Math) fairs for local schools, and many other local projects.

In 2011, Mike Lehmann ran for the At-Large seat on Bloomington’s City Council. This campaign required that he canvas the entire city. So, he is familiar with door-knocking and listening to citizens’ concerns. He considers that experience invaluable as he begins his campaign for State Senator.