Child Care Fraud Could be Almost Half of Program Budget 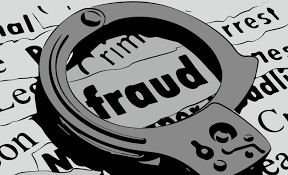 On March 13, the Legislative Auditor released a long-awaited report on fraud in the Child Care Assistance Program (CCAP). While the report could not corroborate the $100 million fraud figure, or a direct link between the CCAP program and funds going to terrorism, the report did indeed confirm that fraud is pervasive within the system.

Minnesota Legislative Auditor James Nobles testified before the State Senate Human Services Committee, saying, "There is a big problem and state fraud investigators believe it could be as much as $108 million.” He stated that the estimate is based on what 14 investigators, all of whom work for the Minnesota Department of Human Services (DHS), individually reported under oath.

Nobles told lawmakers the investigators testified that there are more than 100 child daycare centers that are either outright committing fraud or are not delivering adequate daycare services.

DHS said there are 4,953 Minnesota daycare centers that qualify for the CCAP program and the total cost of the program for the fiscal year 2018 was $254 million.

Republican legislators further made clear that there is a major rift between DHS Inspector General Carolyn Ham and fraud investigators in her own department. Following the release of the report and word of the dissention within the Office of the Inspector General, Carolyn Ham was placed on leave. Rep. Nick Zerwas, R-Elk River, said it was an “important first step in changing the culture of the department.”

The Legislative Auditor also found that the Department of Human Services lacks the internal control necessary to ensure program integrity. Yet DHS Deputy Commissioner Chuck Johnson told KSTP that DHS is not doing anything actively with the 100 daycare centers in question. That could change very soon after the Senate hearing. Johnson.told KSTP that "We need to work with our investigators and figure out what the next step will be."

The Child Care Assistance Program (C-CAP) provides public money to qualified child daycare centers so they can give adequate daycare to low-income families in need. Some of the CCAP money comes through the federal government,and the Legislative Auditor has touched base with federal investigators about his findings.