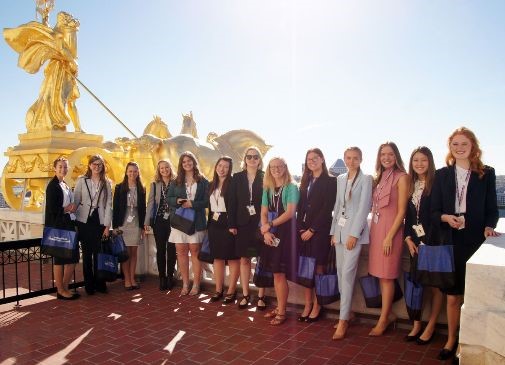 On October 23, thirteen high school girls from around the state participated in the Speaking Proudly oratory competition at the Minnesota State Capitol. The theme of the competition this year was “Toward a More Perfect Union.”

You can view all of the competitors and the winning speeches at the competition website CLICK HERE.

Nova Tseng, an Orono High School student from Long Lake, won the second prize of $1,500 for her speech, “Polarization Is Hurting Our Nation.” Third place and a $1,000 prize went to Emily Paige Lawrence of Woodbury, a student at East Ridge High School, whose speech was titled, “The Fear Factor.”

A non-partisan, non-profit project of Metro Republican Women, Speaking Proudly is a biennial event. The next competition will be in 2023.