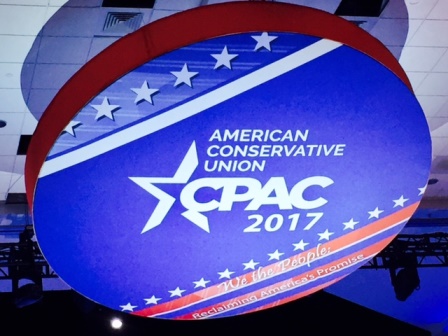 With this year’s theme of “We the People — Reclaiming America’s Promise” we headed off for CPAC on Wednesday, February 22nd at 5 AM. Two women of Senate District 49, Kathy Frey & Barb Sutter, driving a 15-person van filled with Minnesota College Republicans! 19 hours later — shortly before 1 AM — we reached our destination, the Gaylord Conference complex in beautiful National Harbor, right outside of Washington DC.

CPAC was punctuated by youth — 1/3 to 1/2 of the attendees were college-aged, a great promise for the Republican Party. Their energy was palpable, their sheer patriotism was always on display, the intermittent music played from the stage was loud and upbeat, and the dress of the younger set? Suits & ties, and young women in dresses. 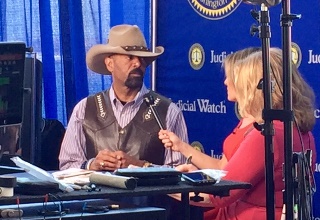 The wide, carpeted, long hallways outside of the main ballroom were always filled with people. One end was made up of “Radio Row” — where broadcasters set up their “studios” for the duration —  and political “celebrities” were everywhere. Jesse Watters and Judge Jeanine Pirro of FOX attracted crowds as they roamed through the areas with their microphones. If one didn’t see scheduled speakers on the stage — or even if you did — you’d run into them on the escalator, in the elevator, or in the Gaylord Hotel restaurants. 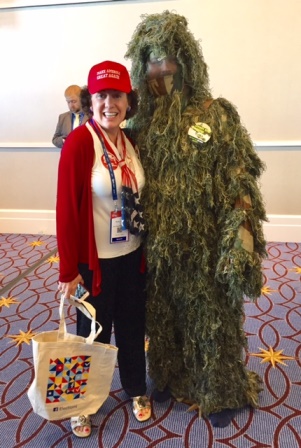 Novelty characters were there too: a “Drain-the-Swamp” monster; a number of Uncle Sams; men in colonial garb; and Ken Bone, the “red sweater guy,” who continued to make the most of his 15 minutes of fame.

The highlight — for many — was the appearance of both Vice President Pence & his wife, Karen, on Thursday night, and President Trump on Friday morning. The security line for the President’s appearance wrapped down two floors and halfway around the Conference Center, taking us outdoors. Temperatures in the 60s and blue skies treated us well, however! Our line moved along the Potomac River, where The Gaylord is situated. This 300-acre multi-use waterfront development includes a pier boasting a large ferris wheel. In the evening and at night, this area is vibrant and alive!

The lower level of the Conference Center held the “HUB,” where all of the sponsors and vendors were located. Seating areas offered a change of pace from the ballroom and activities two levels higher. Authors were signing their books, and there was even a booth staffed by a representative of the European Parliament. She and her colleague were fervently hoping that right-leaning candidates in Europe would make significant inroads in the coming elections in The Netherlands, France, and Germany, following the Brexit vote and President Trump’s win. It was quite the pleasant surprise to have conservatism from across the Atlantic there as eager CPAC participants! 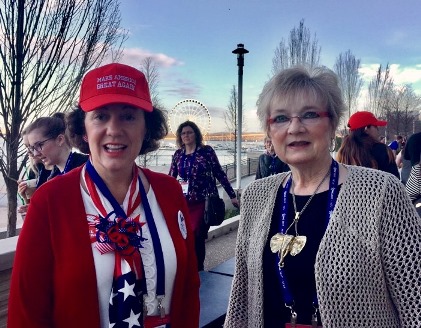 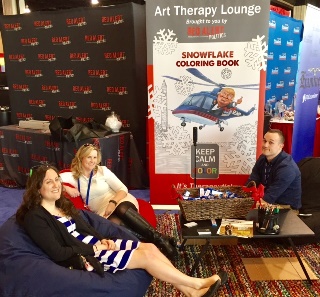 We drove back Sunday morning, after another 5 AM departure, loading up our van once more with our group of tired, but exhilarated, College Republicans. They loved everything about the experience, and so appreciated the chance to meet and spend time with like-minded individuals. But their best takeaway, beyond the somewhat star-struck nature of the Conference? The bonds they formed with their fellow travelers, some of whom were strangers to them 5 days earlier. As they sang songs together during the ride back, we both joined in and grinned at one another at the decision we’d made to make this journey. A second long drive, bringing us back to Minnesota at 10:30 that night, really wasn’t that hard after all… 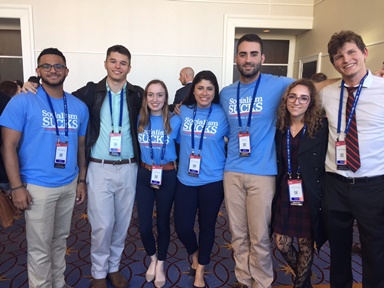 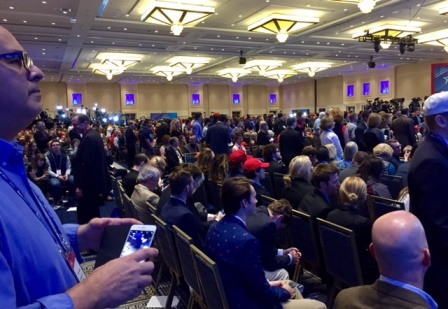 Trump was on to something! What follows are brief thoughts on the “forgotten man,” an oft-referenced theme at CPAC, and reflected in the overriding theme of this year’s Agenda — “We the People”

Amity Schlaes, author of The Forgotten Man and Chair of the Coolidge Foundation, depicted the forgotten man in our history when she spoke. Rick Santorum, a panelist at CPAC, focused on this “forgotten man” in his book, Blue Collar Conservatives: Recommitting to an America That Works.  He told the story of how Donald Trump called him to talk with him about his book.  At first Rick didn’t believe that Trump had read it, so he decided to quiz him on it.  “What was the name of the fictional family in my book?,” Santorum asked.  To his surprise, Trump quickly and correctly answered his question.

Donald Trump capitalized on the frustration level of this “forgotten man” — the blue-collar working men and women of America — when he campaigned across the country, speaking on their behalf.  President Trump promised repeatedly in his speech at CPAC that the “forgotten man will be forgotten no more”.

CPAC Trivia:  What form of grammar does our national anthem end with?

“Oh say does that star-spangled banner yet wave, o’er the land of the free, and the home of the brave?” 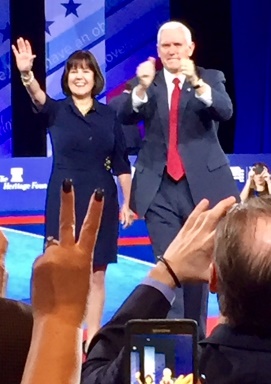 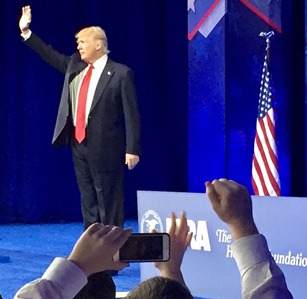