Crowds Turned Out for Rally and Watch Party 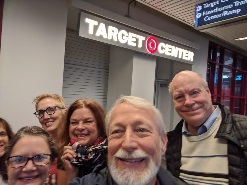 A number of Republicans from Senate District 49 made their way to Target Center to be part of a high-energy rally for President Trump on October 10. Many went early and volunteered. 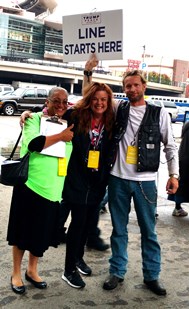 Many more stood in line to be part of the big event. They were not disappointed. CLICK HERE  to see a video of the President greeting the thousands waiting for him to speak.

Trump supporters also filled the Club Room at Poor Richard’s Commonhouse in Bloomington on Thursday evening, October 10. Over 70 people registered in advance, and many more came to watch President Trump's rally in Minneapolis streamed live on the big overhead screen. CLICK HERE  to view a short video of the good people at Poor Richard’s. 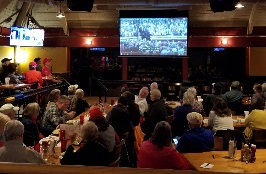 The turnout in both locations demonstrated the high level of support that the President still enjoys in Minnesota going into 2020.