Deadline Passes – Will We Have a Special Session this Year? 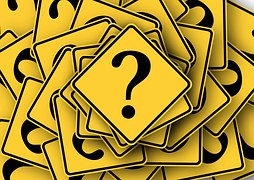 Gov. Dayton and the MN House and Senate leadership have been negotiating the terms and conditions for a special legislative session this month.  They appear to be close, but they did not meet their goal of reaching full agreement by December 7.

Bipartisan agreement exists to complete the work that the regular session did not accomplish:

There were signs of a breakthrough following a meeting on December 2.  Gov Dayton suggested that December 7 was the deadline for ironing out the critical details.  “We know where we stand, we know what we agree on, we know what we still don’t agree on,” Dayton said at the time.

However, on December 7, he backtracked, saying, “I never saw today as a definite deadline.”

David Montgomery, in an article for the Pioneer Press on December 7  wrote that the real deadline for an agreement for a special session this year could be December 14.

“That would give staff time to prepare bill language by Friday so lawmakers and the public could review it that weekend.  Under this timeline, lawmakers would return December 20 to pass the three bills.”

Incoming Senate Majority Leader Paul Gazelka, R-Nisswa, gives the special session an 80 percent chance of coming to fruition.  Gazelka said lawmakers and the administration are still working through exactly what should be in a statewide borrowing bill.  Lawmakers assembled by failed to send that bill to the governor’s office last spring when a handful of DFL senators submitted a last-minute amendment to add funding for the Southwest Light Rail Transit line.

The newly elected Legislature is scheduled to start its regular session January 3.