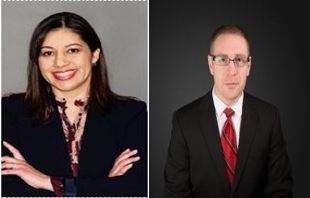 The Committee Meeting will elect the State Party Secretary, consider proposed changes to the Party bylaws, and transact other business as required. The MN GOP Chair, Jennifer Carnahan, and legislative representatives will provide updates and wrap-up the recent election. The other executive officers will also provide party status reports.

The election of the State Party Secretary became necessary when the previous secretary, Barbara Sutter, resigned in August to become the Republican National Committeewoman from Minnesota. Tanya Simons was appointed the acting secretary in August and is running to complete the term, which ends in April, 2021. David Pascoe is also running for secretary.

Tanya Simons is a mother of two, a twenty-year business professional at a Fortune 500 Minnesota company, a local school board member, and a Deputy Chair of Senate District 36 (Brooklyn Park, Champlin, and Coon Rapids).

David Pasco is a dad of one, a licensed attorney and certified financial planner, a Naval Reserve officer, a party leader at various levels including Senate District 60 (portions of north and east Minneapolis) and Congressional District 5. He served one term as MN GOP Deputy Chair, following which he had a one-year military deployment.

The State Central Committee is responsible for the general management of the affairs of the party in Minnesota, subject to the control of the state convention and the state party constitution.

It is made up of the members of the State Executive Committee, the chairs and one delegate-at-large from each Congressional District, a delegate and alternate from each statewide Republican Party affiliate organization, certain Republican elected officials (or his/her appointee), and 300 delegates and up to 900 alternates apportioned among and elected by the Basic Party Organizational Units within the state.