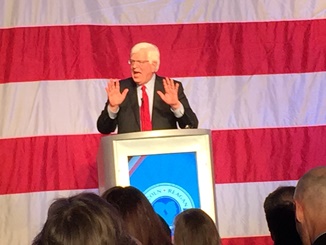 Minnesota Republicans, joined by more than 20 from SD49,  filled the ballroom at the Radisson Blu at the Mall of America on March 23 for the annual Lincoln Reagan Dinner.  Dennis Prager was the featured speaker, and the huge crowd listened intently as he told them that America is in the midst of a second Civil War.  Not as violent as its first Civil War, but a war over fundamental values that is every bit as important.

Prager believes that America’s uniqueness in the world is based on its founding values:

These values are being challenged by what Prager calls ““Leftism”.  The Left holds that the supreme values should be

These counter values, Prager argues, are being promulgated by our schools, colleges, and universities.  The intellectuals that make these institutions are almost all of one mind when it comes to rejecting the pursuit of individual excellence and personal responsibility.  The ideas that they promote are ultimately achievable only through the subjugation of the individual to the collective, of independent thought to uniform group-think, and of personal responsibility to government-granted “rights”.  As just one example, he pointed out to the vehement criticism being directed from American campuses at Israel’s human rights record.  And not a peep about North Korea’s absolute disregard for the rights of its own people.

As a highly-recognized conservative commentator on radio, Prager noted that when he asked people that he’s met from eastern European countries what they see as the most profound difference between their countries and America, they say “Talk Radio”.

As an observant Jew and fervent reader of American history, he strongly believes that America today is the least anti-Semitic and least racist nation on Earth.  “America is an aberration of goodness.” 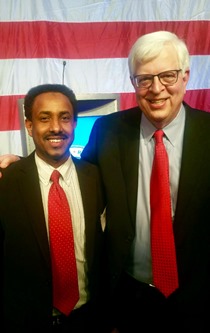 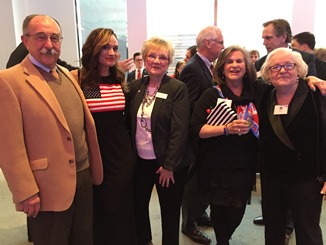 Finally, Dennis Prager pointed out that he could not think of one violent Conservative rally.  While he does not urge violence in defending America’s founding values, he urges American Conservatives to stand their ground and remain certain of the critical importance of their beliefs. Republicans haven’t fought “the Left” / “Leftism”; instead they take on individual candidates. Who when defeated are replaced by other candidates with the same wrong Leftism values.  Republicans need to fight “the Left”.  And make the case for our values.

“We have a better value system and should be defending that.” 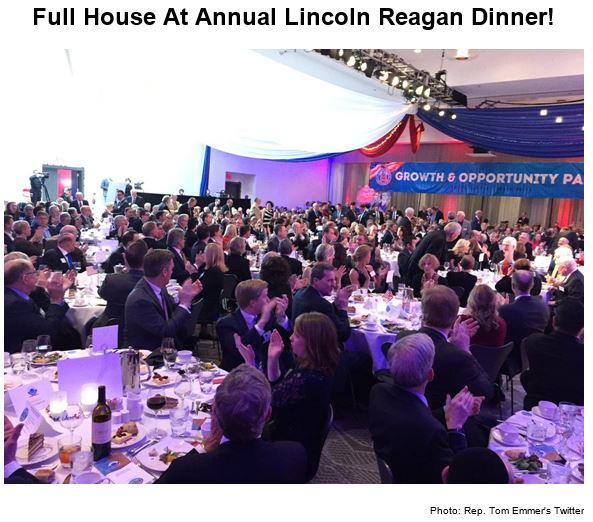 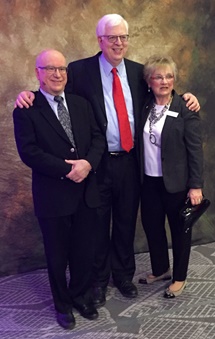 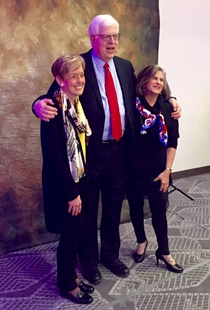 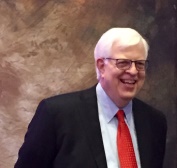