Design to Begin on Eden Prairie Station, But SWLRT Funding in Doubt 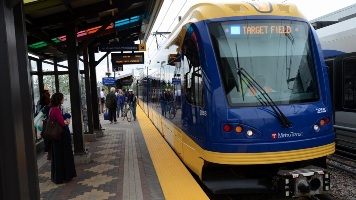 In August, the Star Tribune reported that the Eden Prairie city council had reached an agreement with the Metropolitan Council to begin the design efforts on the Town Center station on the proposed Southwest Light Rail Transit (SW LRT) line.  This is the station that had been deferred two years ago when the costs of the SW LRT exceeded budget.

Hasn’t funding for SW LRT been denied by the Minnesota legislature and dropped from the 2018 federal budget proposal?  Why are plans going forward to design a station on a light rail line that will not be built?

It is not clear from the article who will pay the other $1.6M for the station.  One can only assume that this additional funding will also be coming from metro area residents and taxpayers.

Why the Eden Prairie city council even approved the $0.5M at this point is unclear.  As the article points out, “full funding from the Federal Transit Administration for Southwest and other transit projects nationwide were not included in President Donald Trump’s budget proposal.”  Maybe they believe that Congress will add that funding back into the 2018 budget.

Or perhaps the Eden Prairie city council figured that the Met Council is so desperate to maintain movement on the Southwest Light Rail line that they would agree to kick in more than half of what Eden Prairie needed for the match.  Just speculating…