Development in Edina and Poverty

By Lew Coffey and Dennis Withers 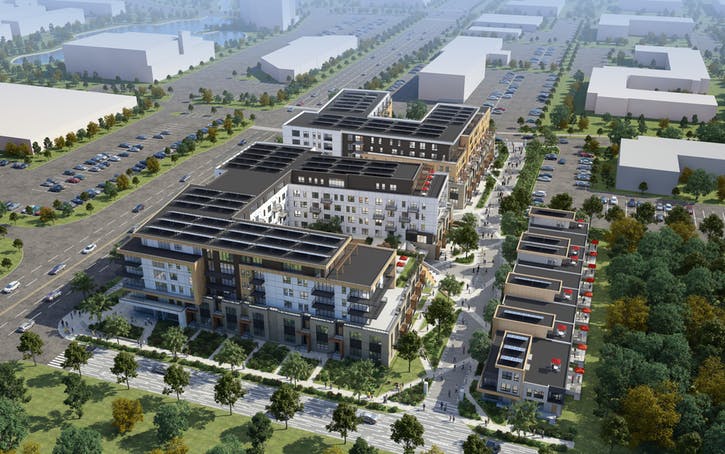 According to his lecture at the December 4th meeting, Councilman Kevin Staunton of Edina is really sure that Edinians have been too successful in life. So successful in fact, that they are morally obligated to part with some unknown portion of that success, to be decided by their betters on the Council of course, to finance “Affordable Housing” to benefit “The Poor”.

In fact, he is so certain of his virtuous instincts, when it comes to dispensing the product of other peoples’ labors, that if you don’t whole heartedly agree with him, he’d be perfectly fine just taking it from you by force and dispensing it according to his own enlightened sensibilities.

But wait a second here! Who exactly are “The Poor”? Are they really the downtrodden and destitute victims of an unfairly ravenous and greed-driven free enterprise system that the Socialist stereotypes would have us believe? Or might a closer look reveal some other facts that the likes of Councilman Staunton would just as soon nobody talk about.

To this point, one of our neighbors from Edina, Dennis Withers, has done some serious digging among the facts of “Poverty in America”, and not surprisingly come up with some very interesting and stereotype-busting statistics that put an entirely different light on “The Poor” and the moral obligation that Councilman Staunton would like to inflict on his neighbors.

What’s the Truth About Poverty?

It’s frequently suggested, by politicians selling programs and supportive news reports, that America has made no progress at all in the ‘War on Poverty’ since the 1960s. Headlines claim “one in eight” Americans live in poverty. Has America’s welfare safety net failed? The truth is: It depends on how you define poverty.

The answer to this is very important in Minnesota, as politicians add to welfare programs and in Edina extensive development adds significantly to the Affordable Housing part of the welfare net. Again, the truth depends on how you define poverty. Do you define it by Household Income or by Household Consumption?

The U.S. Census measures poverty as it relates to the Annual Income of a theoretical family. An officially poor family of four has income of $25,000 or less. As recent as 2014, the Official Poverty Rate based on Annual Income was 14.8%. The rate has since declined to a still-high 12.3%, indicating the value of improved employment in the economy.

On a Household Consumption basis, however, a very different picture emerges. A recent report by the American Enterprise Institute (AEI) shows why the federal government’s poverty rates are deceptive. The federal poverty rates are measured related to income, not to consumption. Adjusting for what people consume, rather than what they earn, yields a very different poverty rate: An almost nonexistent 2.8%, according to the AEI report.

But how can that be? Our officially poor family of four does not pay taxes. Many get money through available welfare safety net programs like: the Earned Income Tax Credit and other income-support programs. Food stamps, housing support (including Affordable Housing) and other aid programs enable officially poor households to boost their incomes significantly.

Our family of four earning $25,000 is likely consuming as much as $60,000 a year in goods and services. When the very same households that the federal government considers to be poor are questioned, they report roughly $2.40 in spending for every $1.00 of income that the Census says they have.

Further yet, Heritage Foundation poverty analysts in a 2016 report noted that the average poor family in the U.S. live in larger homes than the average non-poor family in France, Germany or England. Moreover, nearly 85% of the poor homes in the U.S. have air conditioning, and nearly two-thirds have cable or satellite TV. Claims that the poor in the U.S. are in grinding poverty, like that in the developing world, are clearly false.

And as the decline in the poverty rate since 2014 has shown, the best anti-poverty program of all is a job.