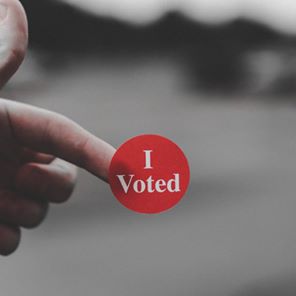 If Republican candidates are going to win office in the November 6 election, we have to turn out EVERY living conservative to vote. The DFL, as usual, will start with a 900,000 vote lead from their power base in Minneapolis, St. Paul and Duluth.

Ballots to vote early are available 46 days before the election day, which means voting started September 21. You can request a ballot now by email to the Secretary of State, CLICK HERE  or you can vote early in person at designated voting places in your county. In SD49’s 4 cities that would be our City Halls (Edina, Bloomington, Eden Prairie, and Minnetonka).

• If you have children in college outside the metro area, make sure they get an early ballot from the Secretary of State and use it to vote.

• If you have a relative who is in a nursing home, disabled or lives far from their polling place, help them get an early ballot for sure and encourage them vote now during these last days of September. If bad weather on election day causes people to not show up at the polls, we Republicans will lose the election.

• If you have friends or relatives who will be in Arizona, California, or Florida, etc. on election day, make sure they get an early ballot and vote.

Remember… Al Franken became a U.S. Senator when he won the election against Norm Coleman by just 312 votes.

Making phone calls and door-knocking to win new support for our candidates is good. But we must also be sure that everyone who is already a conservative votes – no exceptions.

Can you (we) afford the tax increases and spending from four years of Tim Waltz as governor and Keith Ellison as attorney general? Do you want both Tina Smith and Amy Klobuchar in the U.S. Senate for six more years??... of course not.

Our 2018 Resolution: Everyone who is a conservative votes – no exceptions