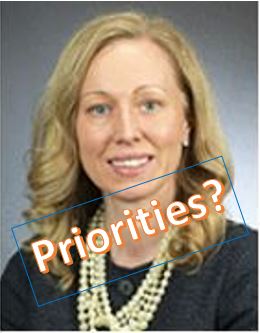 Minnesota House Rep. Heather Edelson (DFL, Edina) has had the chance to weigh in on critical issues facing our state in her first term in office. As a member of the Health and Human Services Policy committee, one would think that Edelson would be in the forefront of addressing child care fraud and the effort to grant more independence to the Inspector General from the House and Human Services Department. Sadly, this has not been true.

So, rather than working hard to stop the illegal use of taxpayer dollars, Rep. Edelson appears focused on national politics. She wants to make public how Presidential candidates, who legally pay their taxes, earn and spend their dollars. And she would ban from the ballot anyone who considers this a blatant invasion of privacy. Guess who she is really targeting!

Yes, elections have consequences. Tell Rep. Heather Edelson where you stand on this issue.