The Edina school board voted unanimously to settle a federal lawsuit filed by five Edina High School students and their parents. The lawsuit accused the district of violating the First Amendment rights of conservative students and wrongfully disbanding the Young Conservative Club.

The board voted unanimously to approve the settlement in a closed session during a special meeting Thursday evening, March 1. 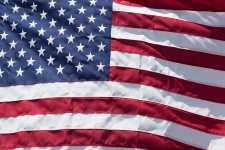 A group of conservative students filed suit in early December against the school district claiming their organization, the Young Conservative Club, was terminated after club members took to social media to criticize a student-led protest of the U.S. flag and the National Anthem. (The district denies terminating the club.)

Erick Kaardal, an attorney representing the students, called the school’s action “a clear case of discrimination against students with conservative beliefs by a school whose policies have been documented as promoting an extreme ideological agenda.”

According to attorneys representing the students, Edina High School agreed to the following:
• U.S. flags will hang in every classroom.
• The Young Conservatives Club can be reinstated as a school-sponsored club, or a non-sponsored club…with the ability to exercise free speech without consequence.
• USA Day is restored to Spirit Week, and district administration cannot object to the theme.
• District Policy 628 (Education Programs, Student Activities Program) and the EHS Club Guidelines and Responsibilities policies were amended to include language that respects students’ right to free speech, and that revocation may not be based on the exercise of free speech or free association rights.

“The result of the settlement for the students is First Amendment freedom—something they did not have before the settlement,” Kaardal has been quoted as saying in Intellectual Takeout.  “Now and forevermore, the Young Conservatives Club will be able to criticize Edina Public Schools’ ideology in a First Amendment-protected way.”

Parent David Buyse wrote to the Star Tribune that the families received assurances that the Young Conservatives Club could be reinstated as a school-sponsored club, or a nonsponsored one, “with the ability to exercise free speech without consequence.” That means, he said, being able to “call out” anyone who violates “patriotic beliefs and conservative values.”

“This settlement agreement establishes a statewide foundation for conservative student clubs who criticize school policies to operate at Minnesota schools,” AlphaNews excerpted from attorney Kaardal’s press release. “Edina school staff disbanded the Young Conservatives Club because it ‘disrespected’ flag protesters at a November 2017 Veterans Day Event. Experienced school administrators acknowledged in response to this case that school administrators had not confronted this issue before: conservative students organizing to criticize a public school’s ideology. Is Edina Public Schools’ ideology above First Amendment criticism? Of course not.”

“After the lawsuit was filed, the school board agreed—and admirably so. The result of the settlement for the students is First Amendment freedom—something they did not have before the settlement,” Kaardal added.

Officials denied wrongdoing and pointed out no monetary damages or fees were paid. Officials also said the absence of U.S. flags in many classrooms was the result a two-year construction project, during which flags were removed so they would not be damaged.