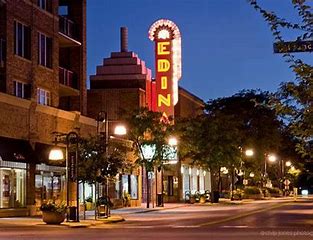 The Edina Sun Current reported last week on a presentation from the National Research Center to the Edina City on the 2019 Quality of Life Survey taken by city residents. The results indicate that Edina is continues to be a highly desirable place to live. However, the pace and management of development in the city may be reaching a tipping point.

Only 51% of the respondents felt that the City was doing well in “managing tensions of the community related to residential redevelopment”. This is down from 68% of respondents as recently as 2017.

City Councilmember Mike Fischer was quoted as saying, “You can see a downward trend in how people are feeling about redevelopment-related issues, which is understandable. It’s a lot of change. It’s the dynamic we deal with a lot in this room. We still haven’t quite figured out the silver bullet on residential redevelopment.”

The sharp drop in positive responses points to a growing concern among Edina’s residents. Do these results simply quantify the unease of long-time residents with the number of older houses being replaced with larger, more expensive homes? Or are they a reflection of the feeling that the uniqueness of the Edina community is being lost with the accelerating pace of higher density development, increased traffic, and the dismissal of comprehensive plans that are too quickly ruled obsolete?

Are half the residents really saying that the Edina mayor and city council need to stop their efforts at managing “tensions” and look again at what makes Edina the special place it is? To protect and sustain it before it is lost forever?

Like many national communities, the city of Edina has commissioned the National Research Center to conduct a Quality of Life Survey on a recurring basis. In Edina, surveys have been conducted biennially, with the latest one completed this past February.

When asked what they like most about Edina, 40% of the respondents cited the community’s convenience, accessibility and walkability.

Nine in 10 Edina respondents said they would recommend the community as a place to reside and that they planned to remain in the city for the next five years. However, the National Research Center’s presentation noted that changes in Edina are causing consternation for an increasing number of residents.

The presentation pointed to residential tear-downs and rebuilds, overdevelopment and affordability as the most frequently cited concerns.

This year’s survey featured new queries, such as those addressing diversity and inclusion. Fifty-seven percent of respondents called the city’s efforts on this front “very important” or “essential,” while the remainder called the focus “not at all important” or “somewhat important.”