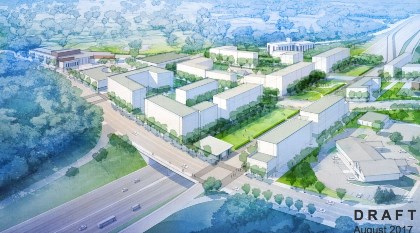 I didn’t believe it when I read it. Did you?  The Edina Mayor and City Council voted to suspend spending on the “LID”.

The good news is that the city recognizes that many citizens do not agree with their rush to develop the city and increase density without looking at the consequences.  The bad news is there was no time limit to the suspension.  If they had voted to suspend spending for 3 to 5 years I might have believed their claims that the “LID” is a long term project.

It sounds like politics as usual to make the incumbents look good just before the election.  Here are some things to consider:

Without a definite length of time for the spending freeze to last, the mayor and city council could vote to continue spending the day after the election.

Mike Fischer characterized the “LID” as a “Far Term Plan”.  It is not credible to believe the city would authorize spending of $768,000 for a project that is off in the far distant future.  Either they are being fiscally irresponsible or not being transparent on the timing of the project.

The question is do you trust the mayor and city council?  Are they being transparent?  Are they listening to the citizens of Edina or someone else?

The best way to send a message is to vote on or before November 6 for two of the 4 challengers and not vote for the two incumbents Kevin Staunton and Bob Stewart.