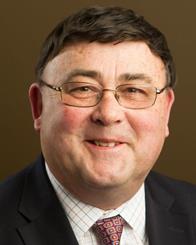 Eldon Spencer was appointed to the Bloomington City Council in March and is running for election to represent District 2 for a full four-year term.  He sat down with us to discuss his experience and his advice to others that might consider being candidates for local government office.  The following is a condensed version of that interview.

You may view the video by Clicking Here.

SD49GOP:  Eldon, tell us about your experience in being selected for the Bloomington City Council.

Eldon:  Thirteen applicants applied to fill a vacant council position.  The Council narrowed it down to four after each of the applicants had a chance to make their pitch.  After questioning each of us for a half hour, there were two rounds of votes.  They eventually chose me to finish the open term.

SD49GOP:  Have you run for office before?

Eldon:  I ran for the city council in 2001.  The primary was on 9/11/2001, a day that will be pretty hard to forget.  I immediately challenged my opponent to suspend our campaigns for a couple of weeks before resuming politics as usual.  It compressed the campaign, but I think it was the right thing to do.

SD49GOP:  Being a councilor for a city the size of Bloomington is a very responsible position.  Tell us about your experience in city planning, operations, and oversight to be ready for the job.

Eldon:  I served on the Planning Commission for six years.  You deal with important issues, such as land use and some of the fiscal expenditures of the city.  You identify the facts that are critical in preparing a record for the City Council.  You make recommendations that they are free to accept or reject.  You get a sense of the minds of the individuals who work for the city as well as the public on various types of issues.

One can also make a difference outside of government.  Bloomington has great service organizations and places of worship through which to affect the community and its individuals.  My Rotary Club has worked on a program called Strive at Jefferson High School that helps kids who have been underachievers but are ready to turn their lives around.  Service organizations can do many things well and very cost-effectively, saving taxpayer dollars.

SD49GOP:  Beyond your volunteer service and your committee work that you’ve done, what else do you bring to your race and to your service on the City Council?

Eldon:  My background, experience, and education is in economics and law.  The economic background is critical to analyze the important fiscal decisions facing the city to ensure they are cost-effective and necessary.

My experience has been in the more people-oriented world of law.  People say that they hire law firms, but they really hire lawyers, just like they would hire any other professional.  I think people ultimately choose their candidates the same way that they choose their professionals – they look for good judgment because they will be entrusting an aspect of their lives to those candidates.

My clients have trusted me to ensure that their organizations are run legally, their employment contracts are appropriate, and that their other contracts are fair to them as well as principled in dealing with others.  They do so because they hopefully feel that I have good judgment, which is what I’m trying to bring to my Council position.

SD49GOP:  Eldon, to others that might be considering a run for local office, what experience would you recommend that they have to make an ideal City Council member?

Eldon:  An ideal City Council member has to be engaged in a broad variety of activities within their community.  They have to be attentive to their neighborhoods.

You should have a purpose in running for office that matches your own interests. What people really want to see is your passion.  You have often heard the phrase, “Well, I don’t agree with him on everything, but I like the way he stands for what he believes.”  Ultimately, we all have to be ourselves.

You have to be articulate.  You also have to listen because you may want to reconsider your views in light of our constituents’ needs.  But unless you bring some kind of passion, you might as well forget all of the white papers and brochures because people want to see people who clearly believe the philosophy that they are espousing.

SD49GOP:  Would you like to bring up any final thoughts on your election race?

Eldon:  The issues that are here today are going to give way to new issues as the city keeps evolving.  It is important at this time when there is such discord between different bodies in government to try to find old fashion ways to bring deals together, to be civil, and to continue to have discourse with your adversaries.

We need to continue to listen to people and to focus on quality of service in the city of Bloomington.  Just because consumers of city services are a “captive audience” doesn’t mean that services shouldn’t or can’t be improved.