The Ripon Advance is a daily publication that provides news, information and updates on and about our elected leaders, their work within government, and their ideas and initiatives on public policy. The following is an excerpt from an interview with U.S. Rep. Erik Paulsen (R-MN) published by the Ripon Advance on August 1,2018. 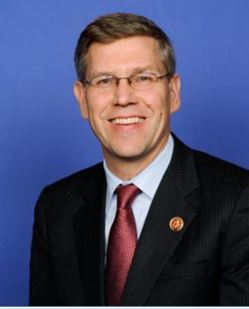 What has been the biggest legislative success you’ve had?

Helping write and pass the first overhaul of the tax code for the first time in 31 years is making our economy boom again. Since the beginning of the year, we’ve created 1.3 million new jobs and unemployment is at its lowest level in nearly 20 years.

For the first time ever, we have more jobs than job seekers. And, consumer confidence and small business optimism is at near-record levels. Millions of Americans are getting bigger paychecks, better benefits, pay raises and special bonuses. We’ve even seen American companies reverse course and reinvest here at home instead of sending jobs overseas.

While tax reform might be the highest profile accomplishment, I’m proud of the bipartisan progress I’ve played a role in to stop sex trafficking.

How have you prioritized Minnesotans’ top concerns about the U.S. economy?

As chair of the Joint Economic Committee, I have an entire team of economists that are validating the results of tax reform, including a growing, competitive economy.

I’m placing a special emphasis on bringing Minnesota small businesses and industry leaders to Washington to share their real world perspective and stories with my colleagues.

What is the situation in your home state regarding opioid abuse?

The opioid epidemic is ravaging the nation and sadly, Minnesota has not been immune. Every day 115 Americans die from this epidemic. I’ve held a series of roundtable discussions in Minnesota to examine specific components of this crisis, listening to families and victims share their heartbreaking stories and perspectives, as well as ideas from health care providers and law enforcement.

While there is no singular solution to solving this crisis, we’re making progress with bipartisan solutions. Congress has approved more than $4 billion in new funding to combat the epidemic and more than 60 individual bills.

As co-chairman of the House Medical Technology Caucus, what support have you provided for medical tech businesses?

The medical device industry is an American success story that is critically important to Minnesota’s economy, which employs 35,000 people. Minnesotans are doing some of the nation’s most innovative work in groundbreaking medical technologies to improve and save lives.

One of my top priorities is repealing Obamacare’s medical device tax. Because this excise tax is a tax on revenue, not profit, we’ve seen less research and development, fewer inventions and the loss of 29,000 jobs.

My bill to permanently repeal this job-killing tax recently passed the House with strong bipartisan support because both Republicans and Democrats recognize the importance of getting rid of this bad policy.

What are your views on trade efforts regarding NAFTA negotiations between the U.S., Mexico and Canada? Regarding the U.S. tariff penalties imposed on China, and vice versa?

I believe we need a robust trade agenda to sell American goods and services around the world because more than 96% of all consumers live outside the United States.

We should be working to modernize NAFTA and create regional trade agreements with our allies to level the playing field for American exporters.

I’m directly speaking out and leading the effort to exempt fairly-traded products from tariffs that are important to Minnesota’s economy, like medical devices and consumer electronics. And, I’m hearing the alarm being raised by Minnesota’s farmers. Minnesota is the fourth-leading agricultural exporter in the country. Pork producers and soybean farmers may see their entire profit margins evaporate as a result of the tariffs, as they fear being priced out of overseas markets they may never be able to get back.

What has been the main impetus for your involvement in politics?

Politics and public service are an opportunity to improve people’s lives and Minnesotans expect their elected officials to be results-oriented. I’m ranked number one in the entire Congress for obtaining the most cosponsors of legislation according to Govtrack.us. I want to continue my work finding solutions and getting stuff done for Minnesota.

Paulsen is chairman of the Joint Economic Committee, where he leads a bicameral contingent that advises Congress on the best ways to spur economic growth and create jobs in America. He also serves on the House Ways and Means Committee and co-chairs both the House Medical Technology Caucus and the Digital Trade Caucus, putting him at the center of some of the most important finance-related issues related to U.S. economic policy.