Are the new employee regulations being rolled out in Minneapolis and St. Paul good news for Twin City workers but the tipping point for small metropolitan businesses?  Senate District 49 will explore this subject at its February 28 dinner program.

In the January 29, 2017 edition of the Star Tribune, Jessie Van Berkel wrote that Small Business Owners brace for New Regulations in Minneapolis and St. Paul.

“Across the Twin Cities, small business owners are starting the year warily, bracing for dramatic changes as city leaders in St. Paul and Minneapolis impose sick-leave rules and weigh proposals to increase the minimum wage. City leaders, pushed hard by residents and activists advocating for low-wage workers, say the regulations are necessary and being phased in carefully. Anxious business owners say the changes are confusing, and taken together, could be financially devastating.” 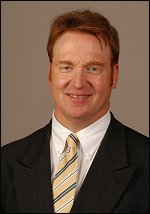 Our speaker, Mike Hickey, is the Minnesota State Director for the National Federation of Independent Businesses (NFIB).   Mike has worked with several different governors and their administrations.  He has represented small and independent business interests before the legislature and is often quoted in the press.

Mike Hickey will speak to us about the new regulations and the likelihood that more local governments will issue similar regulations.  He will also discuss current legislative actions to create a more business-friendly environment in Minnesota. The state’s largest small business advocacy group is hoping to see legislators focus on policies that will improve the tax climate in the state as well as prioritize the needs of small employers.

If you are a small business owner or are concerned with the health of small businesses in the Twin Cities area, this program should be of prime interest to you!  Join us to hear Mike Hickey speak and let us know your viewpoint.