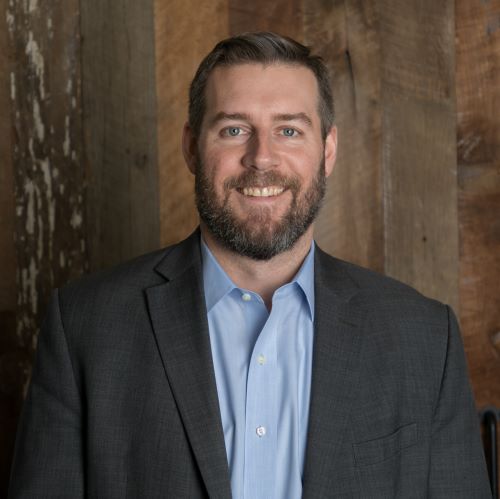 Jason Flohrs, State Director for the Minnesota Chapter of Americans for Prosperity, was the featured speaker at Senate District 49 Republicans’ April dinner program. He painted a sobering picture of the obstacles that Gov. Walz and the Minnesota legislature must overcome to reach a budget agreement before the start of the state’s next fiscal year in July. The differences between the DFL-controlled House and the Senate Republican majority will require significant compromises if a state government shutdown is to be avoided.

In February, one month into the 2019 legislative session, the Minnesota Office of Management and Budget forecast a $1B surplus for FY 20-21. Gov. Walz’ proposed budget consumed that surplus and demanded more. At $49.5B, it represents a 10% increase over the FY 18-19 budget. The built-in growth in planned spending goes well beyond FY 20-21. Much of the increased spending is not mentioned because it will occur beyond the planning window.

When your appetite for spending exceeds the $1B surplus, what do you do? You simply push for tax increases, without regard to their impacts. A 70% increase in the gas tax, for example. Flohrs pointed out that Walz never campaigned full-out for a 20-cent-a-gallon gas tax increase. He mentioned it, backed off, argued that it should be looked at, but never made it a key point of his candidacy. Now, Walz claims he has a mandate to raise the gas tax, to the point that Minnesotans will be paying the fourth highest gas tax in the nation.

The gas tax increase will be joined by an increase in tag fees and a metro-wide sales tax to pay for transit. He is earmarking a total of $1B for transit, only half of which is for roads and bridges. In fact, Walz’ plan for the proceeds from the gas tax increase is really part of a “shell game”. Money that is in the general fund for road & bridge maintenance would be pulled and used to cover other unrelated budget increases.

Then there is the medical providers tax. This is a 2% tax levied on bills sent out by every doctor, health practice, and hospital. In essence, it represents a 2% cost increase on every medical bill you pay. This $750 million/year addition to our health care costs was set to end this year. But Walz wants to continue it. Another “shell game.” Despite what Walz may argue, the medical provider tax is not needed to fund essential health care in Minnesota. Walz needs the money to expand government-funded health services.

Gov Walz doesn’t think that his tax increases will affect Minnesotans. But they will. The gas tax will not only increase costs for everyone who drives a car, it will increase costs for those that ship using trucks and trains. In other words, it will increase the cost of all of our goods and services. And the increase in the medical provider tax will not affect only those who pay medical bills directly. It will maintain upward pressure on all group health plans, potentially reducing options for doctors and treatment centers.

Flohrs also noted that the usage of omnibus funding bills has not disappeared in this new legislature. The Health and Human Services omnibus bill had just gone to a vote in the House earlier in the day. It came in at over 1,000 pages.

He was not optimistic that the legislative session would reach its May 20th deadline with all of the required funding bills passed and sent to the governor. He would not be surprised if there are still a couple of unresolved questions at the end of the session, and even after the end of the likely special session. Given the current differences in the public positions of the House and the Senate, a government shutdown is not out of the question.

Jason Flohrs and the Americans for Prosperity are working every day to try to influence votes on excessive tax increases and misguided regulations. But they cannot do it alone At this point in the legislative process, we must stay informed of what is being debated and voted on. We cannot afford to wait for the 2020 elections. We need to get involved and let our legislators know that we do not support the tax increases and the financial shell games. The battle for public support is on, and we all need to make sure our voices are heard.

CLICK HERE to see the names and addresses for SD49’s MN legislators.