An Interview with Frank Drake CD5 Candidate for US Congress

Kenzie O'Keefe, the editor of North News, the community newspaper in North Minneapolis, recently interviewed Frank Drake, resident of Senate District 49 and candidate for Congress in the 5th Congressional District. 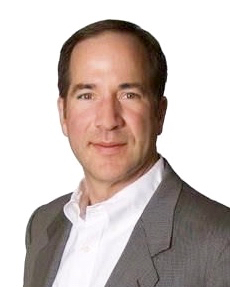 O’Keefe:  Why do you think voters specifically in North Minneapolis should vote for you?

Frank Drake:  To answer your question on why voters on the North Side should vote for me, it’s because I’m the best candidate.

Over the past 10 years, graduation rates, home ownership, and prosperity have decreased in North Minneapolis. Our current Congressman [Keith Ellison] has dropped the ball and is too focused on other issues outside of North Minneapolis and the 5th CD.

When he was on the board of Community Action of Minneapolis, CEO Bill Davis is in jail for stealing $1,000,000, and that money was supposed to help people in need. Where’s Keith? Keith never attended a meeting, even though that was his job. He was there for the barbecues and other events when the Press was around, so he could take credit for all the good they were doing when again he never attended a meeting.

In the 10 years he’s been in Congress, only one of his bills ever passed, and that bill makes it easier to send money overseas. When Keith Ellison took office 10 years ago in January 2007, we were near full employment @ 4%, within 2 years unemployment became 17.1%. Today after 10 years unemployment rests at 9.7%.

What I would like to address is increasing prosperity. This means creating full-time jobs that pay more than the minimum wage, lowering health care costs for middle-class families, modernizing education, increasing homeownership and ending the double standard on credit reporting.

Frank Drake:  One of the main problems I see on the Northside is a lack of nongovernment money going into North Minneapolis’ businesses. So many other cities around Minneapolis have events, such as home shows, art shows, or marathons etc. When the Uptown Art Show goes on, it’s great for the local businesses.  When people have a chance to rent a tent and table,  they have a chance to display their work, find out what sells and this is how you start out. This is how you start growing your business, building your website and finally launching a store.

I want to make the change from Commercial and Residential estate into Politics because I know there are problems, and I can help fix them.  People from other metro cities need to get out of their shell and see all the good things in North Minneapolis. Just like the Cookie Cart, they have the best cookies I’ve ever eaten. Once people try one, they’ll be back for more.

I also know we need to fix credit reporting. I want to end the double standard in credit reporting and bring credit into the 21st century. Credit has changed over the past 20 years. Each month, people pay many of their bills, receiving no positive credit. However, when there’s a problem or dispute, it can go on their credit report as a negative mark. These types of games creditors play block economic growth. How many great business ideas have died when the person with the idea was denied a simple credit card or small-business loan?  My plan would force companies to either report all of the time or none of the time.

I will be different.  I will show up and I will work to improve the lives of the people here in the Fifth CD.  I’m Frank N. Drake and I ask for your vote Nov. 8th.