Written by John Phelan on May 23, 2018
Courtesy of the Center of the American Experiment 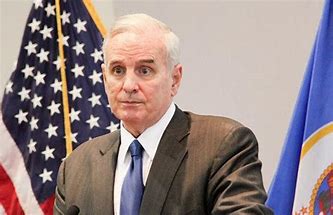 The federal Tax Cuts and Jobs Act (TCJA), passed in December, was the largest reform of the federal tax code since 1986. In what has become known as ‘tax conformity’, Minnesota’s legislators worked this session to pass a bill which would bring the state tax code into line with the new federal one.

How will ordinary Minnesotan’s be impacted by Gov. Dayton’s veto?

Next year, Minnesota’s taxpayers will have to fill out a 2018 federal income tax form, a Minnesota-only tax form based on the old federal tax code, and a Minnesota tax form. Economist John Spry explains that the situation would become so complex that “the Minnesota Department of Revenue has not yet counted how many lines would be added to our tax forms.” An estimated 800,000 Minnesotans would end up paying $850 million dollars in extra taxes.

Why did Gov. Dayton veto the tax bill?

Gov. Dayton’s office explained that the bill “put powerful special interests, multinational corporations, and the rich ahead of Minnesota school kids and families.” But a look at the tax bill doesn’t support this at all.

It also repeals the corporate alternative minimum tax (AMT). Minnesota is one of only eight states to have this and it does little apart from adding unnecessary complexity to the tax code. When the Department of Revenue last published a corporate income tax bulletin about a decade ago, it estimated that the corporate AMT brought in just 1 percent of state corporate income tax revenue. Indeed, this sensible measure was originally proposed by a DFL Senator, Ann Rest.

The bill also conforms Minnesota’s tax code to the increased Section 179 federal expensing amounts. This allows businesses to deduct the full purchase price of qualifying equipment and/or software purchased or financed during the tax year from their gross income, reducing their tax liability. It incentivizes businesses to invest. This raises capital per worker, worker productivity, and wages.

How can Gov. Dayton have concluded that this bill puts “powerful special interests, multinational corporations, and the rich ahead of Minnesota schoolkids and families”? It simply does not include the handouts to corporate fat cats and “the rich” Gov. Dayton claims it does.

For whatever reason, Gov. Dayton is willing to impose the chaos and cost of no tax conformity on ordinary Minnesotans. Remember that next tax season when you’re filling out more forms to pay more tax. Of course, by then, Gov. Dayton will be gone.

John Phelan is an economist at the Center of the American Experiment.