Gov. Dayton has vetoed the bipartisan tax bill.   He created another St Paul Stand-off that didn’t need to happen.  The Governor is citing a wording error in the bill’s language as justification for playing politics. 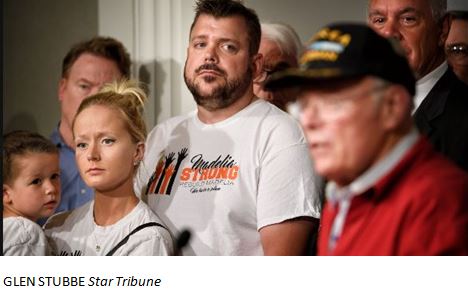 The bill contained middle class tax cuts, property tax relief for small businesses and farmers, and some tax incentives that will diversify the Iron Range’s economy.  At $259 million, it represented less than a third of the projected 2016 budget surplus, but it would have delivered on a Republican promise to turn a portion of that surplus into tax relief for Minnesotans.  It was a bill that passed with overwhelming bi-partisan support in the House and Senate. It passed in the House 123-10. It passed in the Senate 55-12.  Republicans certainly “worked across the aisle” to get very worthwhile results.

So worthwhile that Gov Dayton is now using the tax bill as a bargaining chip.  He is bargaining that Republicans will agree to more spending and possibly higher taxes to secure his agreement to call a special session on the bonding bill.

Gov Dayton initially said that he wouldn’t hold the tax bill hostage to get leverage on a bonding bill.  Once again, he changed his mind.

He claims that his veto is due to a language error in bill’s wording.  As pointed out in an editorial published June 14 in the Mesabi Daily News entitled, “Governor, Let the Tax Bill Go,” language errors happen all the time and are most often fixed by the Office of Revisor of Statutes (yes, Minnesota actually has such an office).

Was Gov Dayton driven to do this in a desperate attempt to salvage a victory this session?  On the contrary:

But Gov Dayton wants more. He wants House Republicans to include additional spending and borrowing in the bonding bill that would benefit public colleges and universities, transit projects in the Twin Cities and a handful of other projects.

The Star Tribune suggested that Speaker Daudt may need to concede more to “try to salvage the GOP agenda” and keep “House Republicans united.”  The newspaper writes that “going home empty-handed would leave Republicans with few major accomplishments to tout as they seek to protect their majority.”

Nick Zerwas, Republican representative from Elk River, looks at it differently.  “The idea that we’re going to reopen negotiations on spending, that the governor took a bunch of spending and signed it into law and now he wants to extend that – and that’s the price of a special session?  I think that’s completely out of bounds and uncalled for.”

Republicans have a record they can run on.  It is a record of

An article posted on the Let Freedom Ring Blog, entitled “Gov Dayton overplaying his hand” summarizes the question this way: Would you rather run on a record of fixing Highway 12, the most dangerous stretch of highway in Minnesota, or not funding that fix because you felt Southwest Light Rail was more important?

Republicans in the legislature should call Gov Dayton’s bluff.