As the Minnesota Legislature reached its mandatory adjournment time of midnight on May 22, lawmakers ran out of time to negotiate and approve budget bills representing about 70 percent of the state’s budget funding.

However, the House and Senate leadership were meeting separately with Gov. Dayton.  Less than an hour before midnight, they announced an agreement to immediately convene a special session.  That special legislative session is currently considering a tentative deal, reached between the GOP leaders and the DFL governor on a $46 billion two-year budget. 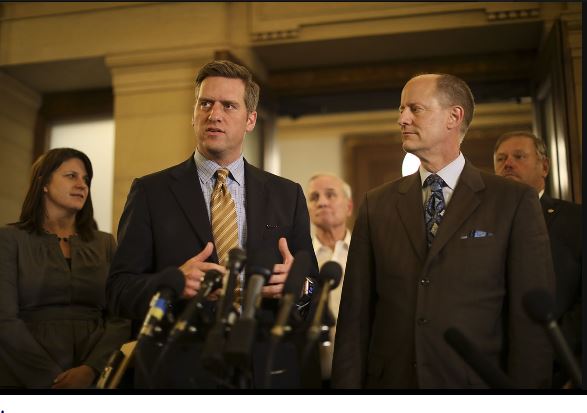 While the details of the budget deal are not yet clear, press reports are listing some agreements.  Based on these reports, the agreements include:

Pre-emption of Minnesota cities from setting their own minimum wages and workplace standards will not be included in the budget bills.  Republican leaders promised to send this legislation to the governor in a separate bill, and the governor promised to veto it.

Final agreements should become clear when the special session ends.  If the agreements are passed and approved, no government shutdown will be required.

The legislature did pass five bills prior to the deadline covering an estimated $6.1 billion of the $46 billion budget.  Bills funding agriculture, the environment, public safety, higher education, and economic develop programs have been submitted to Gov. Dayton.  They all included spending increases after negotiations with the governor and his staff.

Earlier accomplishments of this legislative session should be noted.  They include: