Erik Paulsen received a strong endorsement from Speaker of the House Paul Ryan (R, WI) on Wednesday, November 2.  Appearing outside the Congressional District 3 Victory Office, Ryan told an enthusiastic crowd that Paulsen was a hard-working member of the House Ways and Means Committee, and that it was essential that he be re-elected to continue his work.

Speaker Ryan held a copy of “A Better Way,” the GOP agenda for action to restore confidence and get America back on track.  It has specific plans for restoring Constitutional rule of law, growing the economy, fixing health care, strengthening security, reducing poverty, and reforming taxes.  Ryan credited Paulsen as being instrumental in putting this agenda together. 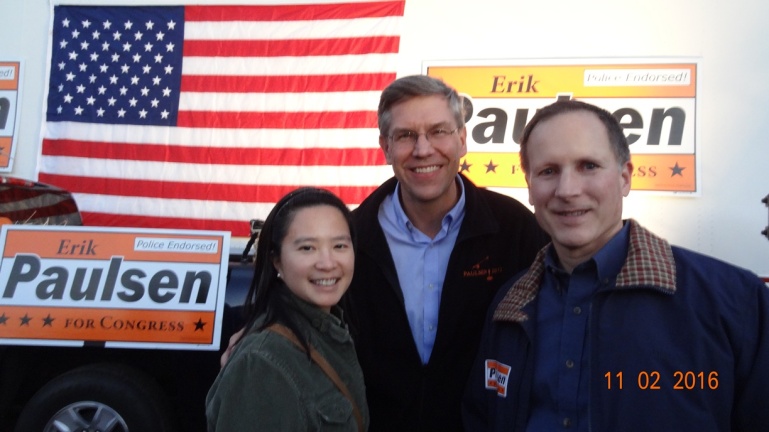 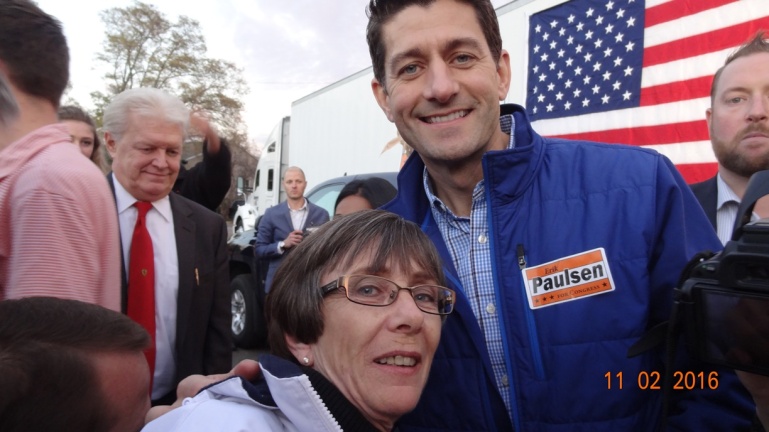