House Votes for the 21st Time on Ending the Emergency Powers 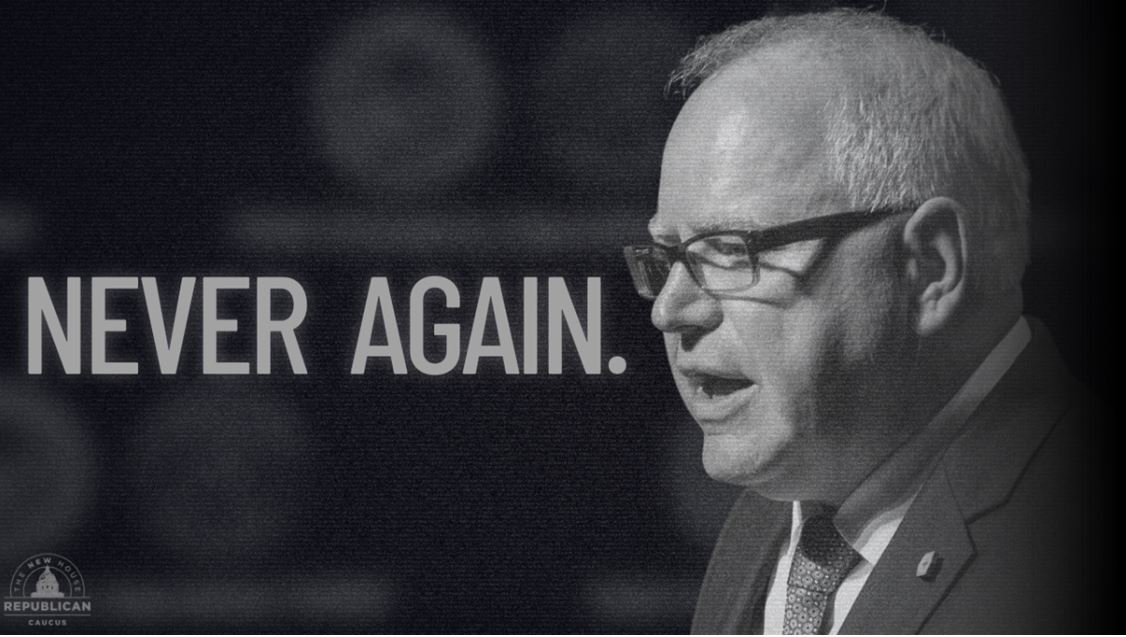 This past week, the Minnesota House took up a vote for the 21st time on ending the Governor's emergency powers. Even though there is clearly NO emergency, House Democrats continue to support Governor Walz in keeping his peacetime emergency powers.

Walz spokesperson Teddy Tschann responded that the Republican plan is not serious. “It would slow down vaccination, jeopardize hundreds of millions of dollars in hunger relief, and end the eviction moratorium overnight with no plan to provide an off ramp for renters or landlords as we come out of the pandemic.”

Tschann claims that “Gov. Walz is committed to working with the Legislature and finding bipartisan solutions to improve the State’s response to emergencies,” but has not shown any evidence of that commitment.  Instead, Walz has chosen to rule by decree over the past 15 months, rather than work with the legislature on a transition plan

Republicans have introduced bills, including one passed by the Senate in May, that would end the emergency in an orderly way. “We have a path to dramatically reduce emergency powers,” Senate Majority Leader Paul Gazelka (R-East Gull Lake) said. “Our preference would be that we remove them totally. But if it just focuses on the things that receive the federal money, specifically related to COVID, that would be a good thing.”

Rep. Barb Haley (R-Red Wing) authored a bill to take away emergency powers but still allow the governor to distribute vaccines and receive federal money. “The emergency is over. We’re going to provide the governor the things he needs to do to manage COVID, and we’re going to restore the Legislature as a co-equal branch of government.”

Regarding the need for a plan to phase out the moratorium on evictions, Sem. Rich Draheim (R-Madison Lake) argued that “It's imperative that we pass the eviction moratorium off-ramp agreement this week to ensure a smooth transition for renters and landlords. The Governor continues to use evictions as a justification for the emergency powers while the rest of the state has clearly moved on. If he really wants to help the housing situation, he should sign our agreement into law and demand accountability of Commissioner Ho to ensure that payments from RentHelpMN.org are being made much faster than they are right now.”

Rep Tim Miller (R-Prinsburg) put it plainly in his debate remarks: "Good leadership doesn’t react to things. Good leadership prepares. It anticipates. It sets realistic timelines. It sets strategies. It rises above the din of today with forward vision and perspective. What I’ve seen in Minnesota over this last year is division, derision, arguments, and personal attacks... We have an opportunity today to make a statement that we are going to have good leadership in the state of Minnesota."