Preparing for MN 2020 Primary: How Voter Registration Works in Florida

With Minnesota moving to a presidential primary in 2020, voters in that primary will likely have to identify their party affiliation to vote for their party’s candidates. How do other states with a presidential primary work it? We asked Max Robinson, a former resident of Senate District 49, how it works in his new state. And along the way learned that MN is one of only 3 states which does not have provisional ballots. 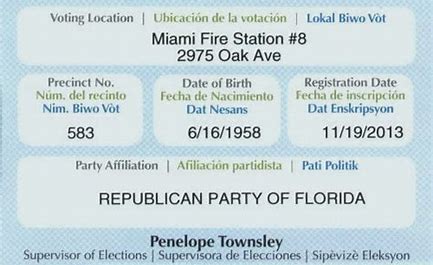 In Florida, you must be registered under your party to vote in that party's primary and the party affiliations of voters is public. You don't have to register under a party but then you can't vote in the primaries. I think that's a good way to do it and it stops some primary skullduggery.

We have "Ballot on Demand" here where they print a ballot showing only the offices you are eligible to vote for. They print your ballot on the spot when you enter the polling place or you can order an absentee ballot. Only Republicans are listed on my ballot in primary elections. Then, in the general election, candidates from all the parties are shown. You cannot vote across party lines in primaries but you can in general elections.

And we have provisional ballots here to cover various sins and errors such as not being registered in your new precinct after a move. Or attempted voting by an illegal. Within 30 days of an election, all persons who voted on a provisional ballot are posted online whether their ballot was deemed valid or not. Each provisional voter is given a code so you can go into that website to see if your vote counted or why it didn't. So I presume the failures are public info. There would be much less attempted bogus voting under such a system. Unfortunately, Minnesota does not appear to have a means of catching bogus voting. One could say it is almost encouraged.

Another thing, in order to get a driver’s license in FL you must show a certified copy of a birth certificate, a passport, naturalization papers or other proof. In Florida, driver’s licenses are not given to illegals and are not used for automatic voter registration.