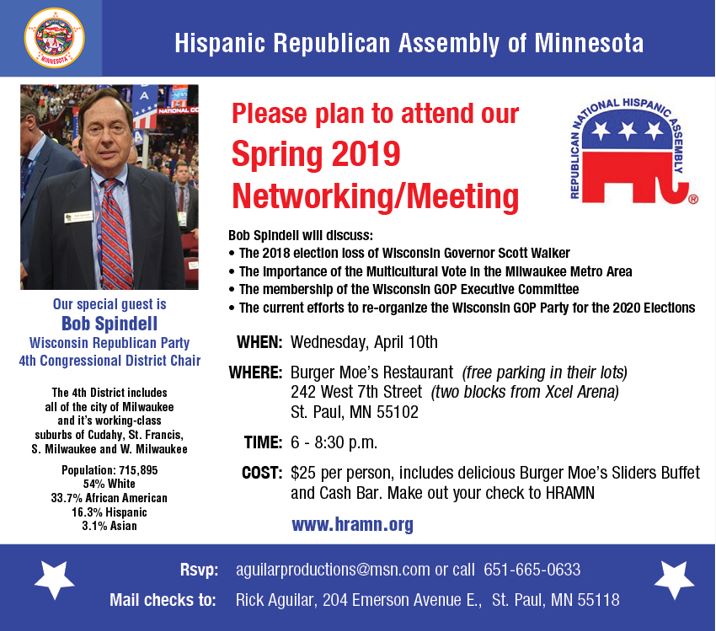 Join us for this important meeting as we discuss the GOP Twin Cities "Metro Massacre " in the 2018 election. Despite the fact we turned out a record Republican vote in Minnesota we lost by an overwhelming Democrat vote turnout in the Metro Area.

The Wisconsin Republican Party suffered the same fate in the deflating loss of Scott Walker in the Governor Race.  Bob Spindell will discuss the election loss and what plans the Wisconsin GOP has for the 2020 elections.

Paul Anderson newly elected chair of CD5 will be a guest speaker !