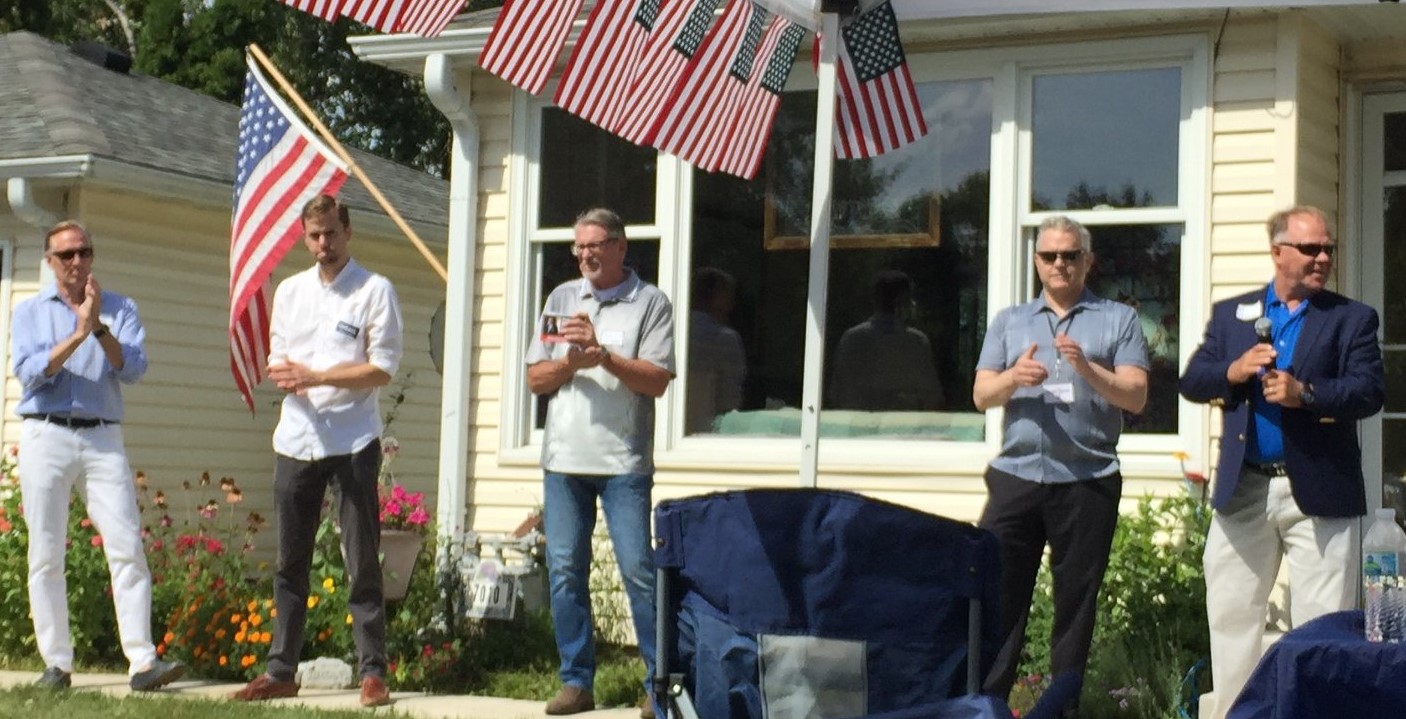 Enjoying a beautiful end-of-summer afternoon, close to 80 people turned out this past Sunday to meet candidates and Republican leaders, listen to political speeches, and enjoy ice cream.  While our audience was mainly from Bloomington and Edina, people from as far away as Blaine and Prior Lake came by.  it was a relaxing and fun gathering!

Russ Burnison and Joel Quinnell, co-chairs of SD49, joined Kathy Kranz and Jim Lund, co-chairs of SD50, in greeting all of the attendees.  In addition, Republican National Committeewoman Barb Sutter and CD3 Chair Patty Meier enjoyed talking to the many people that they know.  Spencer Krier spoke on behalf of MN GOP in volunteering to help elect candidates this fall.

To add to the fair-like atmosphere, both the MN GOP and the 3rd Congressional District had clothing, buttons, and jewelry available for purchase.  Both appeared to do a brisk business.

A special thanks goes out to our hostess for hosting the Ice Cream Social at her house in Bloomington.  Her front yard was beautifully decked out with signs, flags, and canopy coverings. Appreciation is also due to the organizers:  Steve Curry, Pam and Steve Tucholke, Russ Burnison, Joel Quinnell, Bill Holm, and Betty.