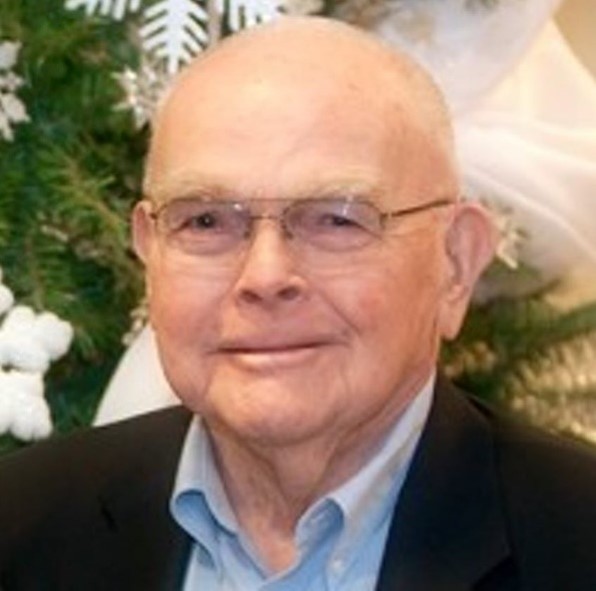 Bill Clynes, long-time resident of Edina and father of dedicated volunteer David Clynes, passed away in on October 8, 2020.

Bill was a loving family man and touchstone in the local commercial construction community. Bill regularly attended Senate District 49 dinner programs, particularly when his wife Lois was able to participate with him.

Born in Milwaukee WI on Nov. 2, 1927, Bill grew up in Niles Township (now Skokie) IL. As high school years were WW2 times, Bill and his family moved around the country as his father constructed facilities in support of the war. During summer in Provo UT, Bill picked peaches on local farms. In Sunset Beach CA Bill was a riveter on C47 and A26 airplanes at Douglas Aircraft. Returning to Niles Township for his last year, Bill graduated high school in 1945.

Bill attended Northwestern University, Evanston IL for a portion of a year and then accepted his invitation from the US Army in 1946. After basic training in Ft. McClellan AL, Bill graduated from Officers Candidate School and was commissioned a 2nd Lt. at Ft. Benning GA in 1947. While attending Army Engineer School at Ft. Belvoir VA, Bill met his future bride, the lovely Lois Lindquist.

Bill was sent to Korea to serve in the US Army of occupation. Stationed in Taegu, Bill's served as Commander of C Company, 6th Engineer Combat Battalion. He completed his military service in Korea in 1948 and went on to Purdue University, graduating in 1953 with a Bachelor of Science in Civil Engineering. Bill and Lois were married that same year in Brainerd MN.

Married life began in Chicago IL, where Bill accepted work with the George A Fuller construction company.  His projects took Bill and Lois to Milwaukee WI, Indianapolis IN, (where son David was born), Lorain OH and finally Minneapolis.

Bill and Lois wanted to stay near Minneapolis to raise their son, so Bill changed jobs.  He went on to have a very successful 40-year career in the commercial and industrial construction industry, retiring in 1993 from C. F. Haglin and Sons.

Although outwardly a bit stoic at times, Bill's faith community held a significant place in his life. Bill and Lois were active in Cursillo. Bill was warden at St. Alban's Episcopal Church. At St. Stephen's Episcopal Church, Bill was a faithful member of his Cursillo 4th day group and most recently especially enjoyed the community of Wednesday night dinners with parish families and kids.

In his later professional career and continuing well into retirement, Bill was an esteemed member in good standing of the Pearson's Wisdom Table in Edina where much knowledge and joy was exchanged with good friends almost every weekday morning for many years. Bill joined Edina Rotary in 1976 and would be the first to say his life was much richer for having done so. Bill was Rotary president in 1983-84 and led the district Ambassadorial Scholar program from 1988 to 1995. In this role Bill arranged for local advisors for some 50+ graduate students from all over the world.  Lois and Bill hosted frequent dinners and gatherings with these mentored students that generated wonderful friendships - many lasting to today.

The celebration of Bill Clynes’ life was held on June 7 at St Stephen’s Episcopal Church in Edina.  The service was also streamed online.  A separate small service will be held at a later date at Lake Nebagamon Cemetary, WI to inurn his ashes .  Please direct any memorials to: the Children's Ministries of St. Stephen's Episcopal Church, N. C. Little Memorial Hospice, or the charity of your choice.