Is Bloomberg Paying to Play in AG Ellison’s Office? Seaton and UMLC is Suing to Find Out

Liberal billionaire Michael Bloomberg is pursuing a new route to push his agenda on gun control and radical environmentalism. Funding political campaigns is expensive, and his chosen candidates don’t always win. The Wall Street Journal reported last year that Bloomberg has been staffing attorneys in state Attorneys General offices, with the intent to influence the direction of policy in the states where the state AG allows him in.

Specifically, NYU Law School’s State Energy and Environmental Impact Center (SEEIC) was created after a $6 million grant from Bloomberg, and now aims to offer its services to state AG offices. 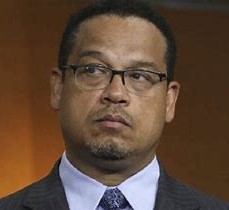 The reason this is troubling is best stated by the WSJ’s editorial board:
“The ethical problems here should be obvious. Private interests are leveraging the police powers of the state to pursue their political agenda, while a government official is letting private interests appear to influence enforcement decisions. None of this is reassuring about the fair administration of justice.”

According to the Wall Street Journal at the time of the article in late 2018, New York, Maryland, Massachusetts, Oregon, Washington, New Mexico, Illinois, and the District of Columbia had brought in a “special assistant attorney general” from the Bloomberg-funded SEEIC.

AlphaNews, in an article published on August 17, reported that Attorney General Keith Ellison’s office may be added to the list. Upper Midwest Law Center (UMLC) has been seeking information about the involvement of the Bloomberg-funded lawyers in Ellison’s office, information that Ellison has so-far refused to release.

“This is not a fishing expedition because we know these [Bloomberg-funded] lawyers are there,” Seaton said.

Seaton quoted attorney Pete Surdo, who wrote on Linked-In profile:
“After 15 years working at Robins Kaplan LLP, I am off on a new adventure as a Fellow with the NYU School of Law’s State Impact Center. I will be embedded with the Minnesota Attorney General’s Office as an Environmental Litigator and Special Assistant Attorney General.”

Seaton continued: “Just yesterday [Surdo] was the one signing a complaint on behalf of the State of Minnesota in the D.C. Circuit Court of Appeals challenging the [Trump] EPA’s efforts to modify the emissions standards applicable under the Clean Air Act.”

“We think this is a hijacking of public office,” Seaton said.

Seaton also outlined how current law in Minnesota says this public-private arrangement was not proper. “That’s not the way to run a public entity,” Seaton continued.

Seaton wants to know how this decision was made, and who else in Ellison’s office is from the Bloomberg-funded NYU center. A Ramsey County court is now hearing the matter, and once Seaton receives the information currently being withheld by Ellison, he plans to pursue the case further, to keep Ellison in compliance with Minnesota law.