Kendall Qualls Announces for US Congress in District 3 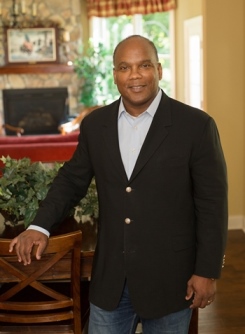 Qualls, a U.S. Army veteran and businessman, announced his candidacy in a biography video that can be viewed by CLICKING HERE.

In an interview with Fox9 News, he questioned Phillips’ leadership abilities and said Phillips has not been forceful enough in condemning controversial comments from Omar.  Qualls said that he would campaign with President Donald Trump if the president came to the western suburbs.

Qualls is actively reaching out to meet voters.  He attended CD3's voter-registration training in July to greet active volunteers, and was also at the August 4 SD49-SD50 picnic, meeting attendees 1:1 and speaking briefly to the group.

He knows that early support (volunteer & financial) will be essential, asks for our consideration, and offers more information at his campaign website.