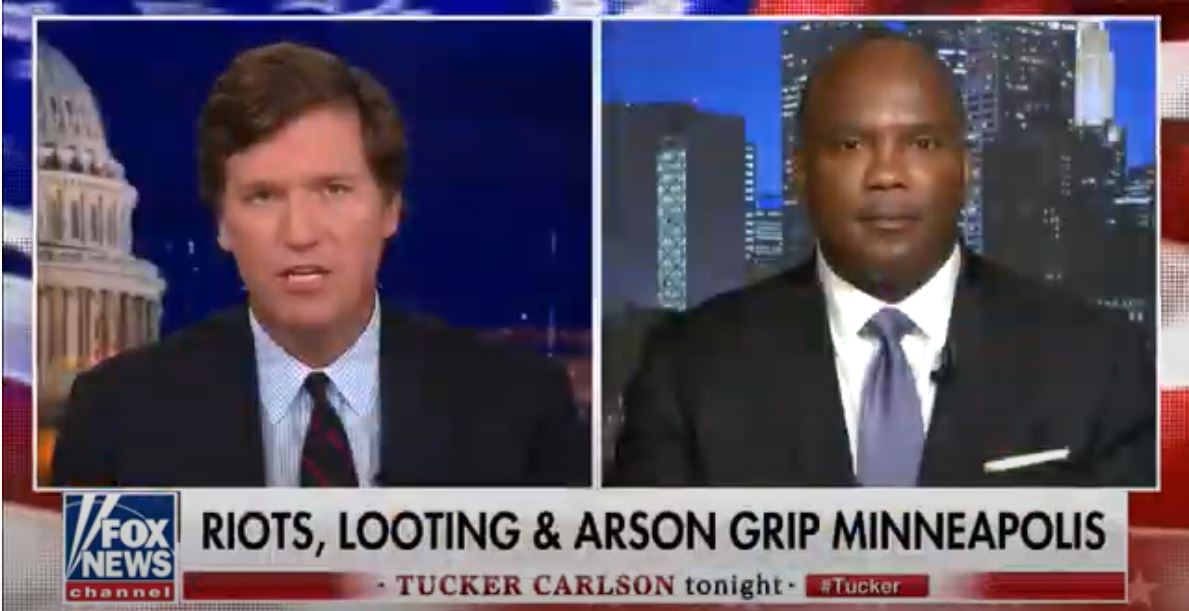 On May 29, Kendall Qualls was interviewed by Tucker Carlson for a segment on Carlson’s television program. Qualls was asked for his response to the protests and rioting that had, by then, reached its fourth day.

He started out by expressing his outrage at what he saw in the video of George Floyd dying while in police custody. “My heart goes out to George Floyd and his family.”

Qualls acknowledged the legitimate protests by black and white members of the community who want justice for George Floyd.

He also called out those that “are not there to protest. They are being mislabeled as protesters, and they are not. They are taking advantage of the situation for their own gain, causing chaos and anarchy.”

However, he paid special attention to a third group, “the people you don’t see in the videos. These are the most vulnerable citizens right now. Senior citizens in those homes. Single mothers who actually want a different direction for their children, that want them to escape those communities, much like I did.”

Tucker Carlson then said that we can all defend legitimate protest, even if we disagree with the subject. He went on to ask, “But this is different, isn’t it?”

Kendall Qualls replied, “Unfortunately, so. And the tragedy of this is that the whole topic of discussion, the attention, is driven toward these activities and not justice for George Floyd, his memory, and his family. It is all now about law and order. We have seen this consistently in this country.