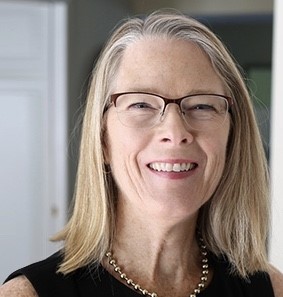 Kim Crockett challenged Republicans to pay more attention to future elections in her remarks to participants in the January 25 Pints & Pent-up Zoom forum.  Borrowing from Dinesh D’Souza, she noted that “Republicans focus on campaigns; Democrats focus on elections.”

Crockett is the Legal Policy Advisor at the Minnesota Voters Alliance.  She has written articles on election issues for the Star Tribune, AlphaNews and co-hosted a show on election integrity on AM1280 The Patriot.  She previously worked at Center of the American Experiment and Charlemagne Institute, publisher of Intellectual Takeout.

She is now focused on election integrity issues both here in Minnesota but also across the country. In 2020, she spoke out on the need to get Republicans more involved as election judges and poll challengers (cities often do not have enough Republicans to fill these vital roles) but more importantly, for citizens of both parties to serve on absentee ballots boards. Party balance is required by the law for a reason: it keeps the count honest.

In her brief remarks, Crockett hit several points.  Republicans need to do a better job at voter registration.  She said that 30% of attendees at President Trump’s Duluth rally were not registered to vote.  When they walked out, they were still not registered.

Republicans need a national platform focused on election law well before the next national election.  Democracy Docket, founded by Marc Elias, lists the Democratic National Committee, the Democratic Congressional Campaign Committee, the Democratic Senatorial Campaign Committee, and the League of Women Voters among its “Partners and Sponsors”.  Crockett said that Democracy Docket exploited the COVID-19 pandemic, working with friendly Secretaries of State and state supreme court justices to loosen election laws well before the November election.

Marc Elias was the lead counsel for Senator Al Franken in the 2008 election against Norm Coleman, the longest recount and contest in American history.  He kept at the recount until he found enough votes to get Franken “elected.”

Crockett echoed MN Rep. Steve Drazkowski (R-Mazeppa) in a recently-released video accusing Attorney General Keith Ellison, Secretary of State Steve Simon, and Ramsey County Assistant Chief Judge Sara Grewing of working with Democracy Docket to create an “illegal election.”  Quoted in an AlphaNews article of January 8, 2021, Drazkowski said, “The secretary, the attorney general, and Democracy Docket changed the rules of the election in the state of Minnesota perfectly 180 degrees contrary to the laws that the State Legislature wrote into law, that still are in law today and did not change.”

“The Democrats played fast and loose with the laws,” said Crockett, mentioning the use of mail-in ballots, the extension of time to submit absentee ballots, the direction to ignore post marks, and the elimination of witness signatures.  “And they got away with it.”  The Republican National Committee and the Trump Victory Team litigated these actions too little and too late.

The Wisconsin recount was really an autopsy. She felt that the Wisconsin vote recount was again “too little, too late.”  Certain aspects of the election there were highly problematic and needed to be challenged as they were happening, not after the fact.  One prime example was a “Democracy in the Park” sponsored by the City of Madison and endorsed by the Biden campaign. It allowed over 17,000 people to vote well before state law permitted. The recount team challenged 220,000 votes but all challenges were unsuccessful because the Supreme Court said the challenge should have been filed before, not after, the election.  Trump only needed 21,000 more votes to win.

The Republican Governor and Secretary of State in Georgia were not vigilant in either the general or the U.S. Senate special runoff election.  The state has fallen for the idea that the GOP can fairly administer absentee balloting, including widespread use of ballot drop boxes in the metro areas. Yet in DeKalb and Fulton Counties (the Atlanta metropolitan area), along with most of the state, the administration of elections is dominated by public sector union employees including the U.S. Postal Service employees’ union---all of which endorsed and supported Biden and other Democratic candidates. This serious challenge to election integrity exists nationwide.

What can senate districts do to better secure election integrity?   Activists need to get on the absentee ballot boards, the bodies that are responsible for accepting and rejecting absentee ballots.  By state law, Republicans and Democrats should be equally represented on the boards, as Crockett said, “to keep each other honest.”  However, the law is mostly ignored.  A case in point:  the Minnesota Voters Alliance had to sue to getting Ramsey and Olmsted Counties to appoint the needed Republican representation to their boards. Minnesota has 87 counties; Ramsey and Olmsted are the only counties that followed the law. (More suits are pending.)

Many who attended the Pints & Pent-up forum expressed the hope that Kim Crockett would return for a longer segment that would allow more time for questions and answers. In the meantime, here are links to three of her articles: