Lacy Johnson Announces for US Congress in MN05 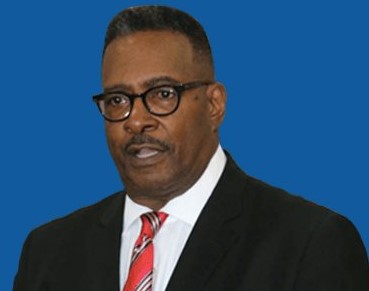 Johnson has been a resident of North Minneapolis for over 40 years. He was born in Natchez MS where his mom, dad, and elders raised him, his six sisters and three brothers. Lacy has been married to his wife Betty for 40 years and together they raised two sons, Darien and Adrian.

Lacy Johnson believes in the values of hard work, personal responsibility, and strong families. His resume on his campaign website  is long and his accomplishments are extensive.

Johnson is a strong critic of the incumbent Congresswoman Ilhan Omar. He believes his community of North Minneapolis and its people are among the best in Minnesota, and he doesn’t believe that they are well-represented by Omar and those that have preceded her.

“There are persistent problems and issues which have gone unresolved for decades in Congressional District 5 (CD5). I have unique skills, experiences, accomplishments, and relationships to develop visible, measurable, result-focused solutions.”

In announcing his campaign, Johnson said, “I want to work hard towards achievement of the American ideals of freedom, justice, and happiness by helping each individual (be) the best he or she can be in the pursuit of happiness…with a realization that the best leaders are first and foremost servants of the people.”