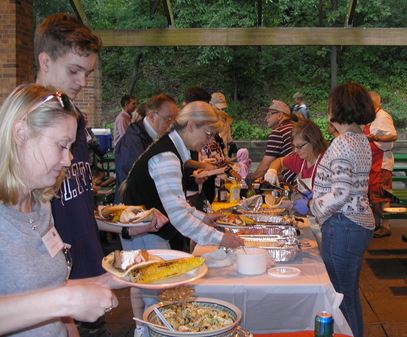 Over 100 people came out for our annual picnic to enjoy great food, listen to the speeches of several candidates & talk with them informally and also to share ideas with fellow Republicans.  We were joined by

The Greek and Somali food items were a special treat this year.  The Gyros and tzatziki in pita pockets were very popular.  Abdi Hirsi’s Sambusas were wonderful.  Tom's Famous roasted corn on the cob lived up to its deserved reputation.  The salads and baked beans were great complements.  All topped off with watermelon, brownies, and a selection of chocolates. 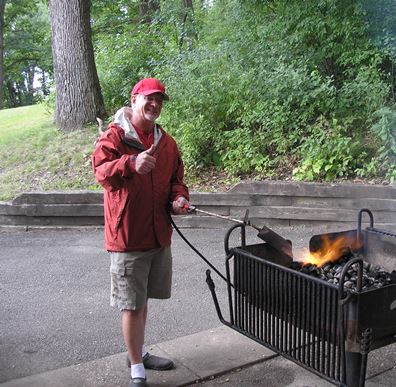 Thanks go out to volunteers like Russ and Trish Burnison, Dino and Matt Balafas, Dar Gray, Tom Hulting, Wayne and Carolyn Wenger, Mary Doughty, Barb Sutter, Louis Tiggas, Rick Davies, Mike Lehmann, Beth Beebe and those selfless souls on the preparation and serving line and helping with games.  You made this picnic an outstanding success.

Our gathering was of such significance that it warranted a visit by a DFL tracker.  When the candidate speeches began, he started filming.  At that point, he was asked to leave.  While the park is a public space, we rented the  picnic pavilion and our event was not free to the public.

See more of our picnic photos below.

More photos from the picnic will be added here this week, and also on Facebook.  Check back! 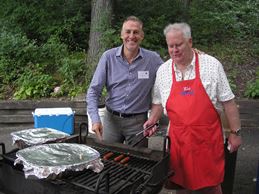 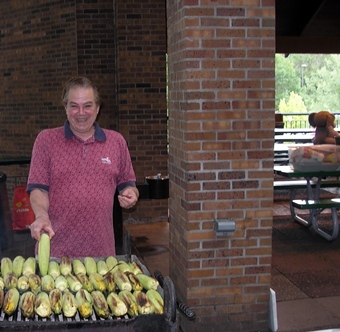 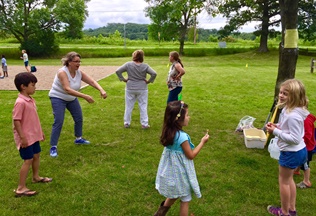