Last Thursday, the Alec Smith Insulin Affordability Act passed the MN Senate by a unanimous vote. The Senate legislation sets up a means by which a person with diabetes who cannot afford insulin can get it at little cost. The bill must now be reconciled with a House bill in conference committee.

How to provide insulin at little cost to those without adequate insurance has long been the sticking point. The DFL position has been to fund the program through high fees on insulin makers. Republicans leaned toward setting up and administering the program using state money, expecting drug companies to provide the insulin at no charge. 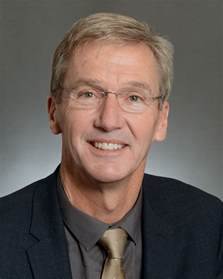 The bill that was ultimately approved unanimously was put forth by Republican Senator Scott Jenson (pictured on right), who is also a practicing doctor in Chaska. According to a March 13 MinnPost article, it requires no state funding. Rather, it would rely on existing patient assistance programs employed by drug makers Sanofi, Lilly, and Novo Nordisk. Should any of these drug companies not agree to take part, they would initially be subject to fines of $100,000 a month. After six months, a company that failed to join the program would see fines jump to $200,000 a month.

While PhRMA, the industry trade group, has opposed plans that compel the drug industry provide products for low or no cost, Sen. Jenson believes that the companies would prefer his plan to a House bill that imposes $38 million in license fees to pay for a state-run program