Legislative Update from Dario Anselmo – May 24 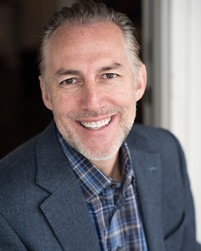 The Legislature adjourned on Sunday, May 21, marking a very productive two years at the Minnesota Capitol.

The 2017-18 biennium included the largest tax cut in nearly two decades, the largest investment in roads and bridges in state history without a gas tax increase, major funding boosts for education, and reforms to lower health care costs and boost health care choices for Minnesota families.

This session, we worked to build on those successes passing a critical tax conformity package, more funding for our schools, measures to increase school safety, investments in our transportation infrastructure, and more. The legislation we sent to the governor’s desk before the session was adjourned include a tax/education bill, supplemental finance bill, bonding bill and pension bill.

Unfortunately, Governor Dayton has vetoed our tax/education and supplemental bill which included a number of important, bipartisan provisions that would have benefited Edina taxpayers and families. Some highlights include:

• A tax conformity package that held 99.8 percent of tax filers harmless, conformed Minnesota to our federal tax code, and provided the first income tax rate cut in nearly two decades
• $225 million in available funds, including new money, to help schools facing budget shortfalls
• Reforms to address vulnerable adult and senior maltreatment and abuse
• Measures to address our state’s troubling opioid epidemic
• School safety measures including my bill to fund suicide prevention training for teachers
• Elections security funding
• Help for people dealing with our state’s broken licensing and registration system, MNLARS
• Policies for people with disabilities and their caretakers who would be affected by a 7 percent cut to the Disability Waiver Rate System
• Forecast adjustments for schools including $77 million owed to schools in special education funding for FY18/19
• Increased penalties for distracted drivers

The House and Senate did make a sincere effort to negotiate and find compromise with the governor throughout the process, as I believe the things included in our bills would have by and large benefited Minnesotans. While I am disappointed by these vetoes, I am hopeful that he will sign other important bills like bonding and pensions.

I will continue championing issues that are important to Edina families, taxpayers, schools and businesses. It is a privilege to work for you in St. Paul!