Legislator Pay Amendment on Ballot - Why Vote No 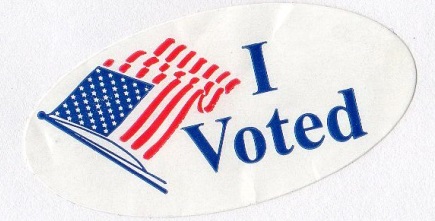 Our ballot this year will include a state constitutional amendment to establish a commission whose purpose is to set the compensation payable to Minnesota state legislators.  Today, the legislators themselves must vote whether or not to increase their pay.

As you may be uncertain how you should vote on this proposed amendment, we offer you MN Rep. Matt Dean's advice, which he posted on FACEBOOK, September 21, 2016.

You should vote NO on the legislator pay increase amendment on your ballot this November.  Here is why:

The lawmakers pushing this want to get more pay. But the way the law is written makes it look like if you vote YES you are voting to stop us from doing that very thing. That’s duplicitous.  It’s wrong.  But that’s what government is becoming.  Politicians who publicly pretend to fight against that which they work with the other party to privately enact.

and legislators who live more than 50 miles away get a living allowance to rent an apartment.  We also participate in the state health insurance program.  When you add that together (especially the health component) it’s a significant package of compensation.  Many middle class families have a mom or dad who works full time just to pay for health insurance, or works at a job they hate because it comes with healthcare for their kids.  Our legislative pay is probably in the middle of the pack when compared to other states, and the benefits are in the upper half.

Representatives from greater MN do make a bigger sacrifice to serve.  They must be away from home and family when we are in session.  Balancing another career is especially difficult for them.  Many great candidates and legislators make the tough choice against running because they can’t balance work and family and legislative duties far from home.

I live very close to the Capitol, have a working spouse and had a lengthy professional career before running.  So I never complain about compensation or the sacrifice to serve because it is nothing compared to a member representing Cook County or Rock County.

Rather than adjusting the salary upwards, we should meet less.  That would allow greater MN legislators the opportunity to maintain a career and be with their families back home without the significant risk of contracting “St Paul fever”.

St Paul fever is an incurable disease that knows no party or geography.  It causes a massive appetite for spending and blindness to waste.  It also causes severe self-righteousness and can in some cases cause affluenza (an unnaturally strong attraction to compensation).

Mark Twain supposedly said “no one’s life, liberty or property is safe when the legislature is in session.”  Whoever said it is right.

Bigger states like Texas meet less than half as much as we do.  In MN, Legislative leaders make most decisions in the last 100 hours whether we are there four weeks or 40 weeks.  We should double the serious time and cut the silly time in half.