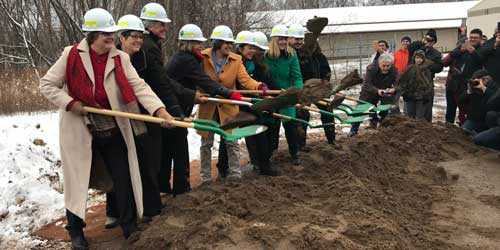 On November 14, 2018 the Federal Transit Authority granted another “Letter of No Prejudice” to the Metropolitan Council, a necessary milestone which allows the early construction work for the SOUTHWEST LIGHT RAIL TRANSIT (SWLRT) project to proceed. It accomplishes this by making the (partial) early work eligible for federal reimbursement once the Full Funding Grant Agreement (FFGA) is approved, which is expected (but not guaranteed) in 2019. Under the FFGA, the federal government would pay $929 million of the project’s currently projected cost of $2.003 billion. Per the Met Council, the new projected in-service date is 2023.

Here is a little history of the project, going back 31 years:

• 1988 – The Hennepin County Regional Railroad Authority (HCRRA) identifies a “transitway” from Hopkins to Minneapolis as a future light rail corridor.
• 2003 - HCRRA’s Southwest Rail Transit Study identifies a dozen possible routes; four make the final cut for further detailed study.
• May 2010 – The Metropolitan Council votes approval of Hennepin County’s preferred route and control of the project is transferred to the (unelected) Met Council, with an expected in-service date of 2018 at a build-out cost of $1.6 billion.
• 2010-2014 – Many challenges by people, neighborhoods, and businesses directly affected by the proposed route delay the project.
• April 2015 – New cost estimates show an increased project build-out cost of $1.99 billion and an in-service date delayed to 2020.

As a point of reference, the SWLRT project, the largest in the state’s history, is now over twice the cost of the Central Corridor (now Metro “Green Line”) light rail project connecting Minneapolis and St. Paul.

One of the goals of SWLRT was to encourage regional development through more efficient transportation infrastructure, but the relief of traffic congestion between Minneapolis and the Southwest Metro remains a debatable issue. Furthermore, the SWLRT was anticipated to help development all along the line, and to create many high-paying construction jobs during the build-out. Only time will tell if the desired and projected outcomes are realized. And at what final cost to taxpayers, both for initial and ongoing operating and financing expenses? Again, only time will tell.